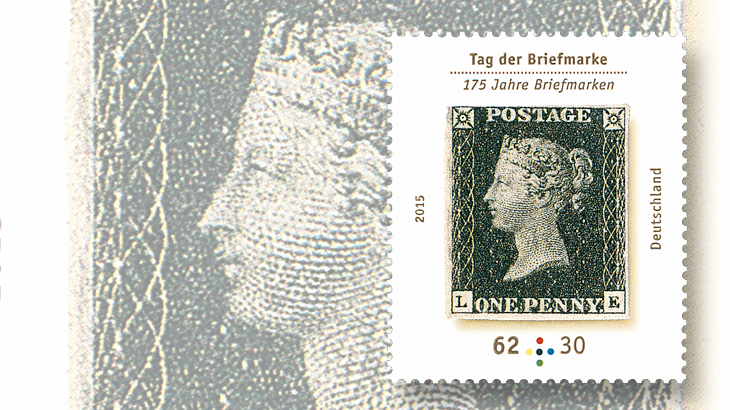 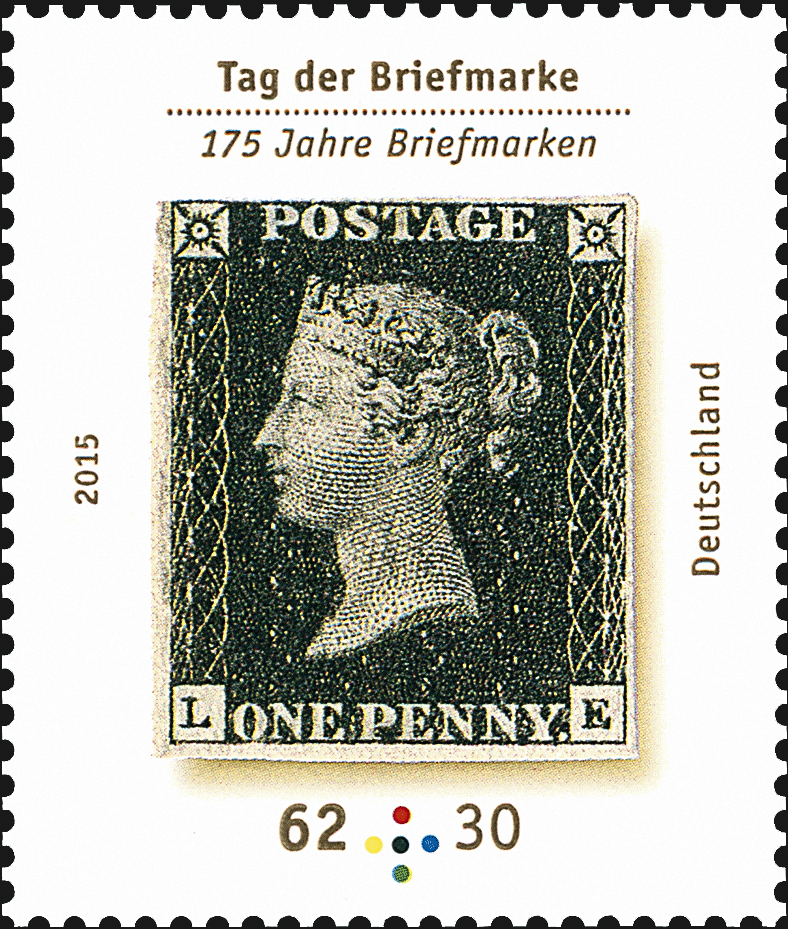 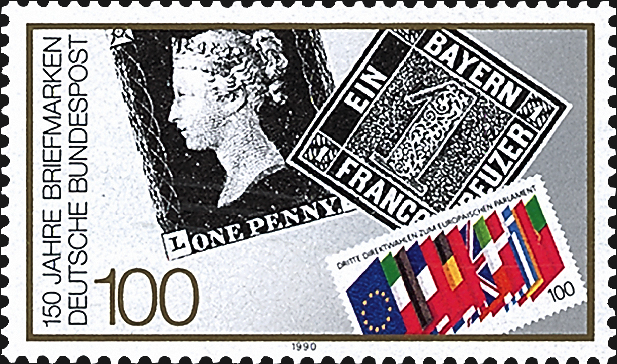 Dual first-day postmarks for the Day of Stamps issue from Bonn (left) and Berlin (right) show insignia representing the British monarchy.
Previous
Next

Germany’s €0.62+€0.30 Day of Stamps semipostal will be issued Sept. 1 in panes of 10, with two special pictorial cancellations from Bonn and Berlin.

Those letters identify the British stamp pictured as coming from the fifth position in the 12th horizontal row of the sheet of 240 Penny Black stamps.

The Penny Black stamp shown on the new issue might even be the same that was depicted on a German stamp from 25 years ago, which also featured a Penny Black while commemorating 150 years of postage stamps. That 100-pfennig anniversary issue (Scott 1614) additionally pictures the 1849 1-kreuzer stamp from Bavaria (Scott 1) and a 1989 German commemorative marking the third elections of the European Parliament (Scott 1572).

The surtax on Germany’s Day of Stamps semipostals traditionally benefits the country’s Foundation for Promotion of Philately and Postal History.

The new stamp pays Germany’s €0.62 domestic letter rate currently in effect (for mail weighing up to 20 grams, or approximately 0.7 ounces), and collects the €0.30 surtax for donation.

The margin selvage corners of the pane of 10 stamps from Germany show a reproduction of a single rosette ornament from an upper corner of the Penny Black.

Two similar round first-day cancels are being used for this issue: the cancel from Germany’s former capital of Bonn includes the VR cypher of Queen Victoria, whose portrait appears on the Penny Black stamp.

The cancel from the current capital, Berlin, shows a royal crown.

The Penny Black is honored as a symbol of classic stamps, the first adhesive stamp issued by a national government for the prepayment of postage. Its existence is attributed to Sir Rowland Hill (1795-1879), who suggested the concept as the United Kingdom contemplated radical changes to its postal system.

The adhesive postage stamp would serve to show that postage was already paid for the letter to be delivered. Many early letters were sent unpaid, with the addressee required to pay postage to receive delivery.

The Penny Black was issued May 1, 1840, but technically was not valid until May 6.

However, some examples of mail franked with the Penny Black prior to May 6 are known and highly prized as pre-first-day covers.