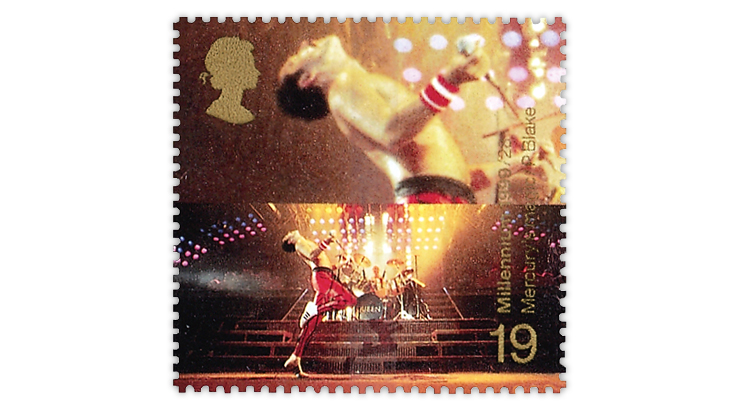 In early January, Royal Mail announced the subjects for 14 sets of stamps to be issued in 2020.

The first set of stamps, Video Games, is scheduled to be issued Jan. 21. For further information about this set of 12 stamps, see the article in the Jan. 27 issue of Linn’s.

Royal Mail only provided brief descriptions of the other stamps to be issued in 2020.

A Feb. 11 issue is called Visions of the Universe, and a March 17 issue honors James Bond. A set of stamps to be issued April 7 will commemorate Romantic poets.

Roman Britain will be highlighted on stamps to be issued June 18.

In July, the rock group Queen will be honored on July 9, and the Palace of Westminster on stamps to be issued July 30. Queen was formed 50 years ago, in 1970.

In addition to the novels by Doyle, numerous films and television series have showcased Sherlock Holmes’ investigative skills.

The comic strip character Rupert Bear, who was introduced Nov. 8, 1920, in the Daily Express newspaper, will be featured on a set of stamps to be issued Sept. 3.

The next set of stamps, Brilliant Bugs, is scheduled to be issued Oct. 1. This will be followed by the Christmas issue on Nov. 3 and a Star Trek issue on Nov. 13.

The Star Trek franchise of television series and films began in 1966 with the American TV show Star Trek. It continues in 2020 with the series Picard.

Many of these subjects have appeared on previous stamps from Great Britain. For example, separate sets of stamps commemorating Roman Britain and Sherlock Holmes were issued just a few months apart in 1993 (Scott 1502-1505 and 1515-1519).

Royal Mail’s 2020 stamp program is tentative and subject to change.