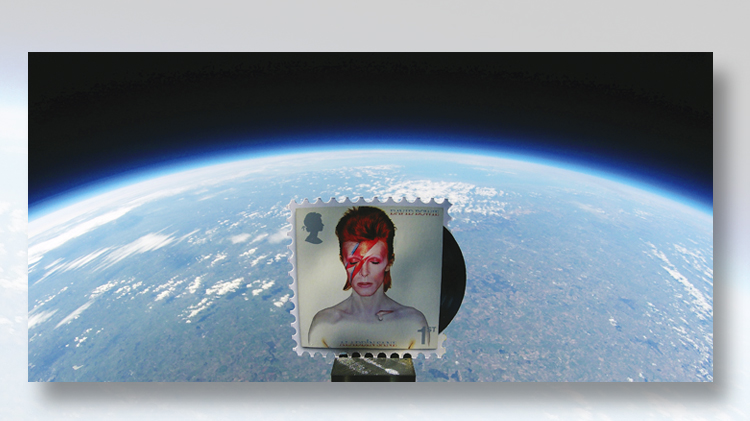 Royal Mail sent 52 David Bowie first-day covers into the stratosphere and conducted a contest to give away the FDCs. A replica of the stamp showing the Aladdin Sane album cover was attached to the outside of the balloon carrying the covers. The Davie Bowi