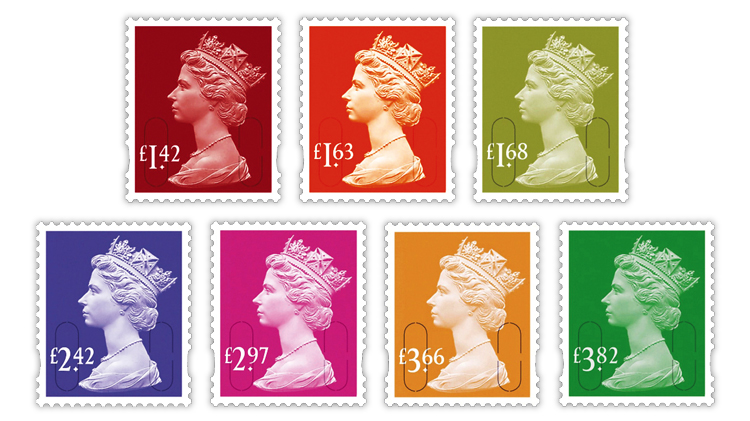 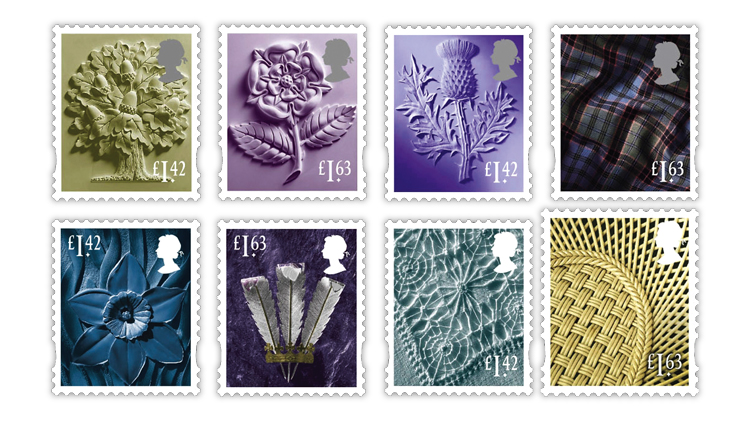 In the Feb. 21 announcement from Royal Mail about the rate increases, Stephen Agar, managing director of letters at Royal Mail, said: “We are operating in a tough market at present, under the threat of making a loss by 2021. These price increases will help us maintain the quality of service that is expected by our customers, while supporting the Universal Service.”

One stamp for each of these rates is a Queen Elizabeth II definitive, often referred to as a Machin or a Machin head because it is based on Arnold Machin’s bas-relief portrait of the queen. The new £1.42 stamp is garnet red, and the £1.63 stamp is sunset red, according to Royal Mail.

The Machin stamps are self-adhesive. International Security printed them by gravure in sheets of 25. Each stamp is 20 millimeters by 24mm and perforated gauge 14 by 14.

International Security Printers printed the country stamps, which have traditional gum, by lithography in sheets of 25. These stamps are the same size and perforation gauge as the Machin stamps.