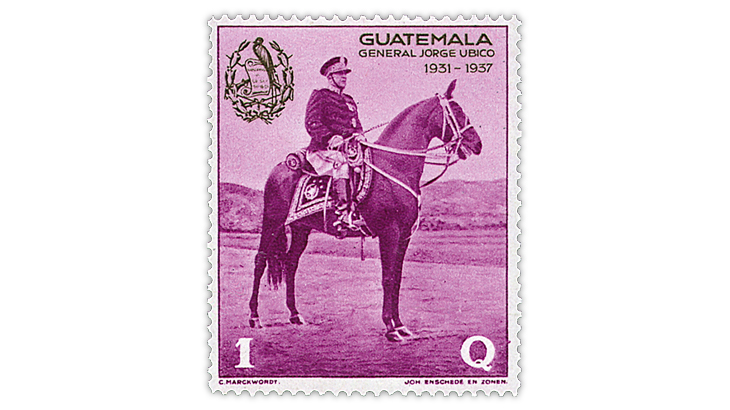 Latin America remains a generally strong market with varying degrees of demand for most countries and periods.

Latin America is generally defined as the nations of the Americas where one of the Romance languages (such as Spanish, Portuguese or French) is predominantly spoken. These are generally the former Spanish, Portuguese and French colonies in Central America, South America and the Caribbean.

With a population of about 17 million, Guatemala is the most populous nation in Central America. It borders Mexico, Belize, Honduras and El Salvador and has coasts on the Pacific Ocean and the Caribbean Sea.

On May 20, 1937, Guatemala issued a set of 12 stamps commemorating the second term of President Jorge Ubico Castaneda (Scott 280-291). An army general, Ubico came to the office of president after a period of political instability.

He began his first term in 1931 after an election in which he was the only candidate. In office, he proved to be a typical Latin American military dictator, offering stability at the price of repression. He resigned from office in 1944 in response to a popular uprising that led to 10 years of revolution.