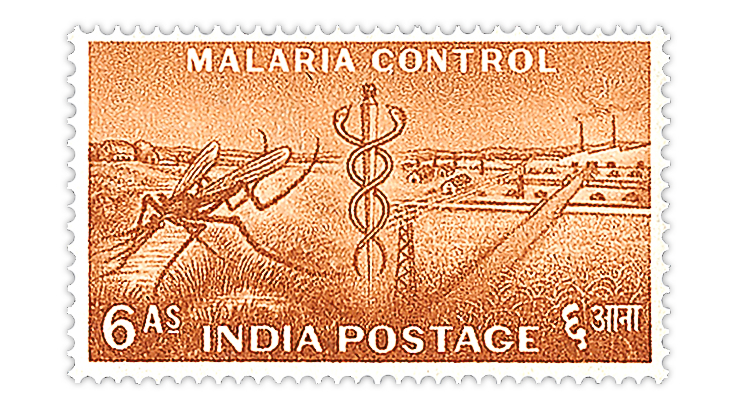 With a population of around 1.4 billion, India is the world’s second most populous country and will likely replace China as the most populous by the end of the decade.

Since abandoning the socialist policies of early independence in 1991, India’s economy has grown to become one of the largest in the world. India is presently fifth in gross domestic product and third largest in purchasing power.

There is also a huge Indian diaspora with an estimated 32 million Indians and people of Indian ancestry living in other countries.

The market for Indian stamps is still strong and active. Stamp collecting is a popular hobby with Indians, both at home and abroad. Indian stamps are also popular with many British Empire collectors.

While the Indian market is still good, it is not quite as hot as it was a few years ago. There is still good demand for this set, and it is a good buy in mint never-hinged condition in the $80 to $100 price range.

When buying, make sure that the 6-anna Symbols of Malaria Control and the 1-rupee Telephone Factory Worker stamps (Scott 261 and 266) are in true very fine grade or better.