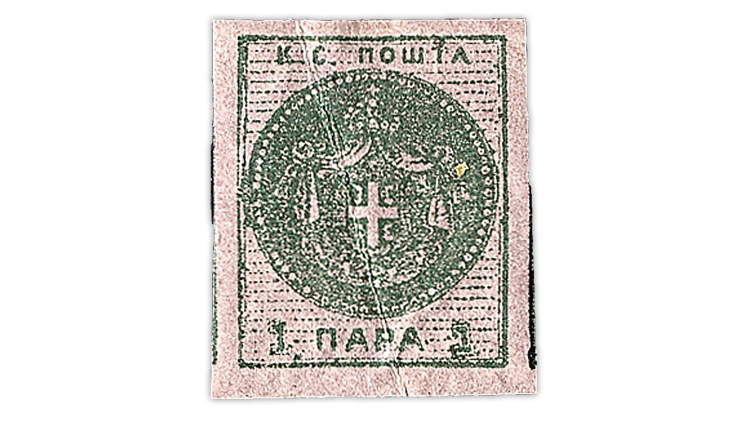 In Stamps of Eastern Europe in the March 30 issue of Linn’s Stamp News, Rick Miller reviews the fractured, tumultuous philatelic history of Serbia, which issued its first postage stamp in 1866 and became a dead country in 1920.

The March 30 issue of Linn’s Stamp News just landed on the presses and goes in the mail to subscribers Monday, March 16. And if you subscribe to Linn’s digital edition, you’re at the head of the line with early access Saturday, March 14. While you wait for your issue to arrive, enjoy these three capsule reviews of exclusive content available only to subscribers.

Back from the dead: Serbian stamps return after an 86-year hiatus

Serbia “became a dead country in 1920 after becoming one of the founding states in the Kingdom of Serbs, Croats and Slovenes,” writes Rick Miller in Stamps of Eastern Europe. Between 1920 and 2006, when Serbia issued its first new stamp, seismic political events rocked the country. Miller deftly recounts this history by highlighting stamps that recall significant people and events that shaped Serbia as we know it today.

Thomas P. Myers, in Stamps of Latin America, takes readers on an informative guided tour of one his favorite issues: the high-denomination engraved stamps from the state of Bolivar. He writes that his first encounter with these beautiful stamps occurred more than three decades ago, when he plucked an imperforate block of eight of one of the Bolivars from an American Philatelic Society sales book.

In each weekly issue of Linn’s, either E. Rawolik VI or E. Rawolik VII dissects the contents of a stamp mixture offered to collectors. E. Rawolik is a pseudonym that is also the word “kiloware” (a stamp mixture) spelled backward. This week, E. Rawolik VI takes on a worldwide packet of 200 stamps. The reviewed sample of 51 stamps served up a number of canceled-to-order issues from Bulgaria, Hungary, Nicaragua, Romania and Russia.