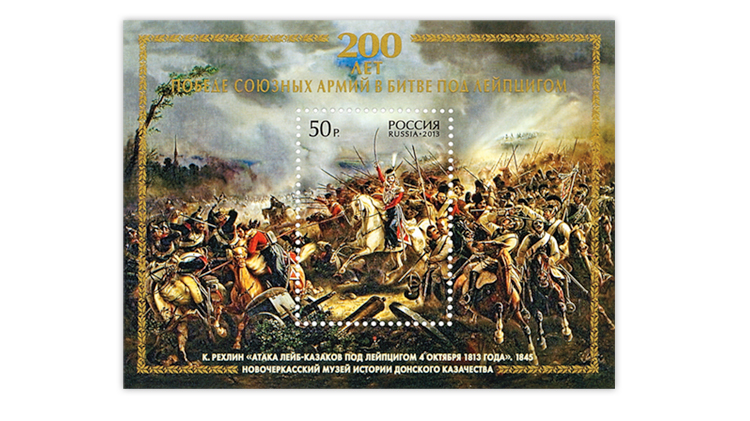 In the Jan. 23 issue of Linn’s Stamp News, Stamps of Eastern Europe columnist Rick Miller highlights stamps that trace the history of Saxony from a tribal duchy to a free state of the Federal Republic of Germany.

The Jan. 23 issue of Linn’s Stamp News just landed on the presses and goes in the mail to subscribers Monday, Jan. 9. And if you subscribe to Linn’s digital edition, you’re at the head of the line with early access Saturday, Jan. 7. While you wait for your issue to arrive in your mailbox, enjoy these three quick glimpses of exclusive content available only to subscribers.

Stamps trace the history of Saxony

“When most Americans think of Saxons, they likely think of the German tribe living on the North Sea Coast between the Elbe and Eider rivers who crossed over to Great Britain and established the Anglo-Saxon kingdoms that would eventually become England,” writes Rick Miller in Stamps of Eastern Europe. However, his focus is on the Saxony in southeastern Germany. To set the stage, Miller poses a question: “Why is the German state of Saxony so far away from the home of the Saxon tribe that invaded England?” The answer brings together pivotal moments in history and a number of fascinating leaders, including Emperor Charles IV, King Frederick Augustus II and Napoleon Bonaparte. This is a history lesson you won’t want to miss.

Recalling a visit to Prague and Liberec 2022

Chris Lazaroff continues his tour of international stamp shows with a rewarding visit to the Czech Republic for the Liberec 2022 show. Before heading to the show, which took place in Liberec, Lazaroff spent several days in Prague. While there he visited the National Postal Museum. As good philatelic luck would have it, he was able to purchase a pair of stamps promoting Liberec 2022 before the stamps were officially issued. He used some of the stamps to mail postcards back to the United States. Lazaroff notes that the Liberec 2022 stamps were a big hit at the show along with Pavel Sivko, the designer of the stamps. “Sivko’s first stamp honored Mozart and was issued by Czechoslovakia in 1991 (Scott 2818),” Lazaroff explains. “He has since designed well over 100 stamps for Czechoslovakia and now for the Czech Republic.” Lazaroff also warmly recalls meeting up with friends he had made at two previous shows he attended.

In First-Day Covers, Lloyd de Vries gives readers some helpful reminders about the two United States issues that will be released at the Great American Stamp Show to be held Aug. 10-13 in Cleveland, Ohio. As de Vries explains, the stamps being issued at the show “raise a quandary for FDC collectors and servicers: What is the proper way to collect se-tenant (side-by-side) issues? Life Magnified, scheduled to be issued on the opening day of the show, has 20 different stamps. Thinking of You, to be issued on Friday, Aug. 11, has five.” De Vries goes on to pose a number of questions for cachetmakers to consider with these two issues. Regardless of the solutions that emerge, cachetmakers will have their hands full with the Life Magnified and Thinking of You stamps. Stay tuned.