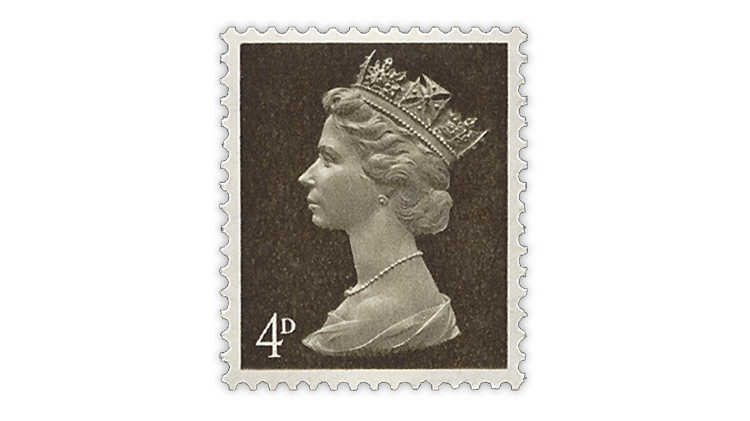 The 100-page Oct. 17 monthly issue of Linn’s Stamp News just landed on the presses and goes in the mail to subscribers Monday, Oct. 3. And if you subscribe to Linn’s digital edition, you’re at the head of the line with early access Saturday, Oct. 1. While you wait for your issue to arrive in your mailbox, enjoy these three quick glimpses of exclusive content available only to subscribers.

“It sometimes seemed as if Queen Elizabeth II would probably live forever,” begins Matthew Healey in Great Britain Philately. “Forever is a rather long time, of course, and yet she had been queen not just for the entire life of anyone under 70, but to younger folks, for quite some time before that as well.” Come along for a rich journey as Healey highlights some of the stamps that made the queen one of the most recognizable people around the world. Her first appearance, when she was Princess Elizabeth of York, came on a stamp from Newfoundland. Read on to learn how old she was.

Ken Lawrence opens his Spotlight on Philately column with a riveting account of one of Wilbur Wright’s flights that was published on the front page of The New York Times on Sept. 30, 1909. “Balloons traversing the empyrean are no new sight to New Yorkers or to anyone else,” the anonymous Times reporter wrote. “But the biggest part of New York until yesterday had never seen the thing itself — a Captain of a real aeroplane lift himself into the air high enough for millions to see and applaud him.” Lawrence goes on to share with readers a number of items that commemorate Wright’s aviation exploits. He provides a detailed account of Sept. 25-Oct. 9, 1909, Hudson-Fulton Celebration that served as the backdrop for Wright’s New York flights. Fans of aerophilately will want to give Lawrence’s column a careful read.

Q and A: Elizabeth Hisey works to champion women exhibitors

Linn’s Q and A column, first introduced in the April 2015 monthly issue, gives readers a chance to get to know collectors, dealers and others who influence the hobby. In this month’s installment, Charles Snee catches up with Elizabeth “Liz” Hisey, one of the founding members of Women Exhibitors. Snee opens his column by noting that Hisey has been engaged with organized philately for more than two decades. “Most notably, she has spearheaded efforts to draw more women into the world of competitive exhibiting,” Snee explains. Hisey shares some insights regarding her exhibiting pursuits and reveals that she ran her own catering business at one time. Read the entire column to learn more about her gastronomic interests.