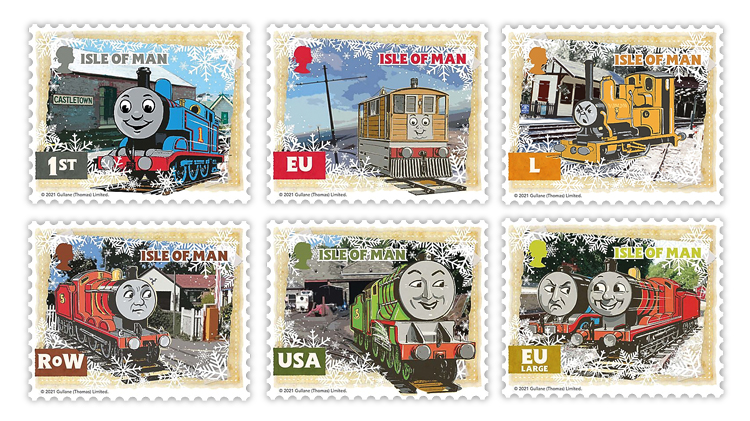 The press release about the new stamps discussed the connection between the Isle of Man and the series and said that Awdry “openly credited the Isle of Man as inspiration” for the setting of his stories.

In fact, the Isle of Man issued a set of six Thomas the Tank Engine stamps once before in 1995 (Scott 656-661). Five years later, the feature film Thomas and the Magic Railroad used the island as the location for some of its scenes.

The designs for the new stamps came from EJC Design. The Belgian security printer bPost printed the stamps by offset lithography in sheets of 20.

The Isle of Man Post Office also plans to have the six stamp designs available as variable-rate self-adhesive labels. These labels will be sold with the standard £0.67 postage rate as a set for collectors.

Other related products include a presentation pack and first-day covers. More information is available at the Isle of Man Post Office website.