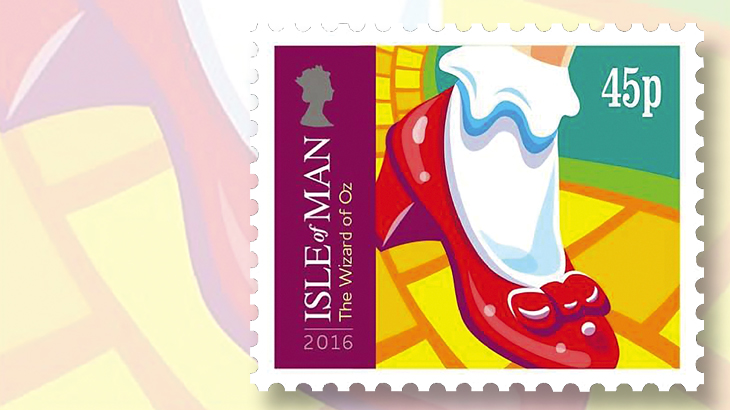 The Isle of Man issued six Christmas stamps Oct. 20 featuring items from pantomimes staged on the island, including the The Wizard of Oz.

The Isle of Man Post Office said: “Across the British Isles each winter professional and amateur performers take to the stage to keep the panto tradition alive. It has become as much a part of Christmas as the tree and turkey.”

The stamps represent six shows that have been staged on the Isle of Man over the years. They picture Dorothy’s ruby slipper from The Wizard of Oz (45 pence), Captain Cook’s hook from Peter Pan (77p), the lamp from Aladdin (95p), the poisoned apple from Snow White (£1.13), the knapsack from Dick Whittington (£1.24), and the feathered hat from Robin Hood (£1.86).