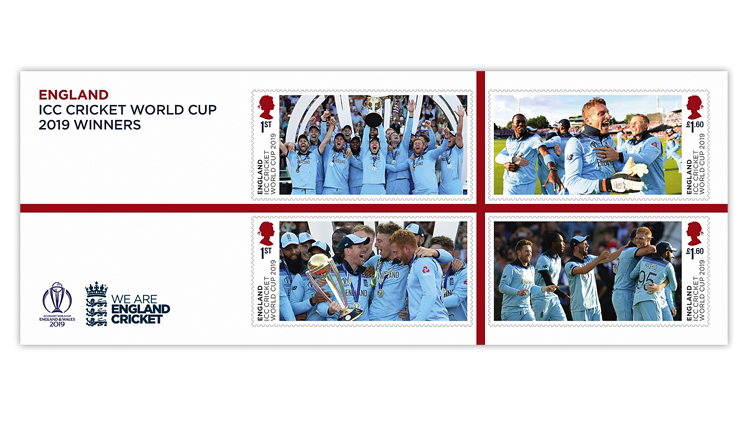 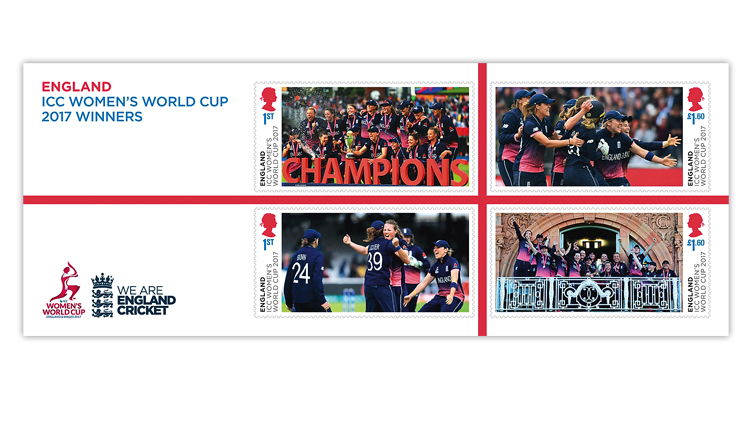 The England women’s team won the ICC Cricket World Cup trophy in 2017, and Royal Mail is honoring that victory on another souvenir sheet of four stamps to be issued Sept. 26.
Previous
Next

The two sheets were announced July 14, but the designs were not revealed until Aug. 28.

This is the first time that England’s men’s and women’s cricket teams have held both trophies simultaneously.

All of the stamps show photographs. Royal Mail described the stamps on the men’s souvenir sheet as “each capturing a moment of celebration following England’s thrilling World Cup Final victory against New Zealand at Lord’s Cricket Ground.”

Similarly, Royal Mail described the stamps in the sheet honoring the women’s team as “depicting the rapturous celebrations following their victorious World Cup Final against India at Lord’s Cricket Ground in 2017.”

The fourth stamp depicts the women on the balcony of the Lord’s Pavilion at Lord’s Cricket Ground in London, England.