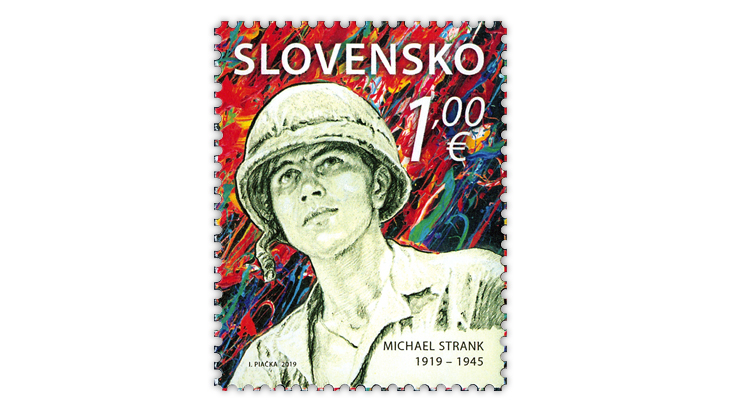 Michael Strank, one of the Marines shown in Joe Rosenthal’s iconic Iwo Jima photograph, was born in Jarabina, in present-day Slovakia, in 1919. A new stamp commemorates Strank. 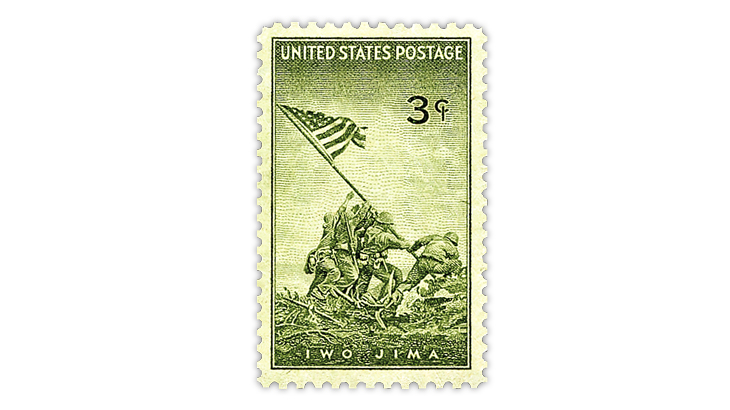 The United States issued a 3¢ stamp July 11, 1945, showing the Marines raising the flag on Mount Suribachi, Iwo Jima.
Previous
Next

A new stamp from Slovakia honors Marine Corps Sgt. Michael Strank, one of the flag-raisers in the famous Iwo Jima photograph of World War II.

The first-day cover for the stamp includes a cachet in the lower left showing a scene based on Joe Rosenthal’s Feb. 23, 1945, Pultizer-prize-winning photograph of six Marines raising the American flag on Mount Suribachi on Iwo Jima.

In addition to Strank, the photograph shows Ira Hayes, Franklin Sousley, Harold Schultz and Harlon Block (in the front) and Rene Gagnon (in the back with Strank).

Strank was born Nov. 10, 1919, in the village of Jarabina, then in Czechoslovakia, now in Slovakia. As a young boy, he immigrated to Pennsylvania, where his father worked in the coal mines.

According to the new-issue announcement from Slovenska Posta, Michael Strank joined the Marine Corps in 1939 and was promoted to sergeant in 1942. He was killed in action March 1, 1945, less than a week after the iconic photograph was taken.

Igor Piacka designed the stamp. Tiskarna Hradistko printed it by offset in sheets of 50. A total of 1 million stamps were issued.

The website of Slovenska Posta’s philatelic bureau is www.pofis.sk.