Jesus and the Crucifixion grace Vatican and Slovakian Easter stamps 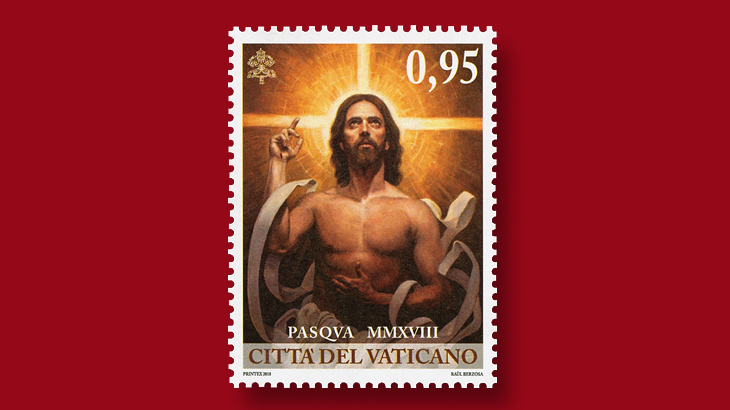 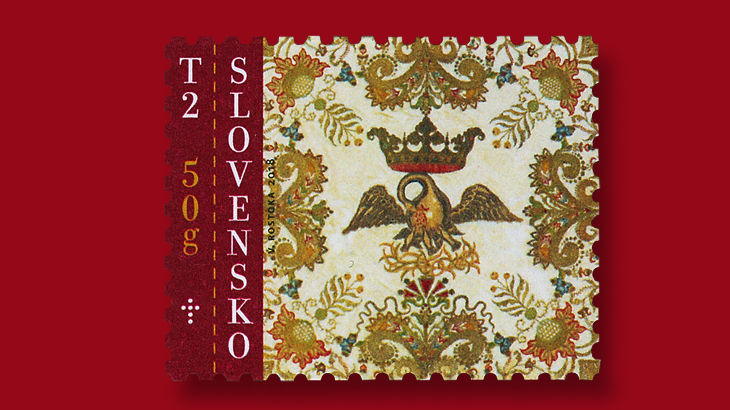 A chalice veil with a pelican motif is featured on the nondenominated domestic-rate Easter stamp from Slovakia.
Previous
Next

Easter stamps issued March 15 by Croatia and Feb. 6 by Vatican City represent the Crucifixion and Resurrection of Jesus, respectively.

The 3.10-kuna Croatian stamp reproduces a painting by Mile Skracic (1933-2013) of Jesus being taken down from the Cross. It is part of a series that he created for the Stations of the Cross at the Church of the Immaculate Conception of Mary in the village of Dubrave in Bosnia and Herzegovina.

Slovakia’s nondenominated domestic-rate Easter stamp issued Feb. 27 depicts a detail from an embroidered chalice veil that is now part of the collection of  the Museum of History of the Slovak National Museum.

Shown in the center of this chalice covering is an image of a crown and a pelican (as a symbol of Christ) feeding its young with its blood.

Vladislav Rostoka designed the stamp, which also includes a symbolic cross formed by white dots in the lower left.