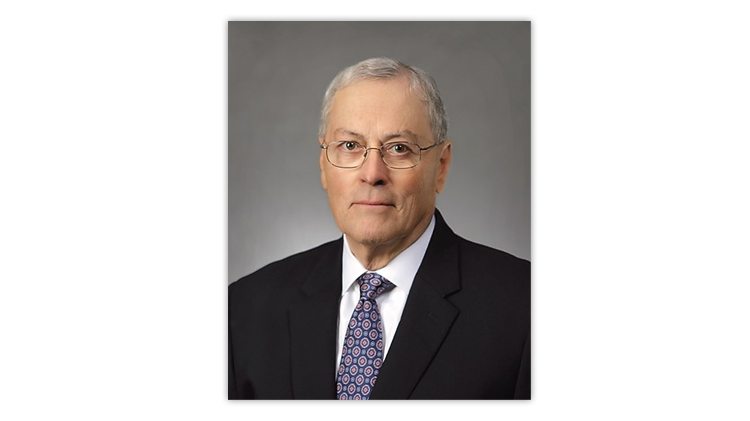 John H. Barwis is the 2020 recipient of the Lichtenstein memorial award.

The Collectors Club has named John H. Barwis the 2020 recipient of its prestigious Alfred F. Lichtenstein memorial award for distinguished service to philately.

The award will be formally presented at the club’s annual awards dinner on May 20 at the Cornell Club in New York City.

Barwis, a native of Philadelphia who now lives in Michigan, began collecting stamps in the early 1950s under the guidance of his grandmother, who was also a collector. By the time he was in first grade, she had taught him to identify stamp-issuing countries.

He became serious about collecting United States classics in the early 1970s.

“I always bought the best condition I could find,” he recalled in a Jan. 10 interview.

Among his early mentors was a dealer named Raymond Bouknight, a wounded World War II veteran whose stamp store young Barwis would help out at on weekends.

Barwis enjoyed an adventurous career as a geologist, working in six countries as well as on Fletcher’s Ice Island in the Arctic Ocean, where he spent two and a half years “living rough above the Arctic Circle.” He retired in 2003.

Besides being an energetic and ambitious collector and philatelic researcher, Barwis has found ways to put his longtime professional experience to use in the service of philately. After working with the U.S. Army to research sedimentology on the Mississippi River in the 1970s, he conducted a flood-risk analysis and wrote a response plan for the American Philatelic Society in 2008 when the society was planning to convert the old Match Factory in Bellefonte, Pa., into its new headquarters.

As a member of various APS committees and in almost a dozen other philatelic organizations, Barwis has found countless further ways to contribute to the hobby. He won $300,000 in grants for the U.S. Philatelic Classics Society and has been instrumental in securing, transporting and scanning important archives to that society and to the American Philatelic Research Library and the National Postal Museum.

He is currently involved in original research into the 17th-century postal history of the Delaware Valley and the conflict between the Swedish and Dutch settlers prior to the arrival of the English in the 1650s, research that has taken him to archives in Stockholm that were not previously known to philately.

Barwis’ collecting passions have ranged from U.S. classics to the early issues of the Australian state of Victoria, which put out its own stamps from 1850 to 1912.

Barwis sold his U.S. collection in 2007 (profitably, thanks to his focus on quality) to devote himself more fully to the stamps and postal history of Victoria.

“I realized I couldn’t collect two things at once,” he explained.

He became enamored with the philately of Victoria while on a business trip to Australia. The mining deal he’d gone to negotiate fell through, and to pass the time until his scheduled return to Beijing, Barwis wandered into a stamp shop in downtown Melbourne.

“I met a dealer named Rod Perry who showed me some classic Australia, which I bought. He tutored me,” Barwis said, explaining that it didn’t take long for him to become hooked on the wealth of varieties and opportunities to do original research in the area.

He has made and published numerous important discoveries, including solving the century-old problem of plating the first 1-penny stamps of Victoria, the so-called Half-Length issues of 1850. In 2011, Barwis won the APS Champion of Champions award for his exhibit on the Victoria Half-Lengths. He has also published a 487-page monograph on the subject.

Barwis is an emeritus APS judge, and his exhibits have won dozens of gold medals at shows around the world.

He is a co-founder and past president of the Institute for Analytical Philately, which promotes the use of scientific methods in studying and expertizing stamps and covers.

He continues to believe in the importance of mentorship and has taken a couple of APS Young Philatelic Leaders under his wing over the years, and has coached established collectors to begin exhibiting.

Alfred F. Lichtenstein (1876-1947) is widely considered one of the greatest American philatelists of the first half of the 20th century. The award in his memory was established by the Collectors Club in 1952, and its first recipient was Lichtenstein’s good friend and co-founder of the Philatelic Foundation, Theodore Steinway.

More information can be found at the Collectors Club website.