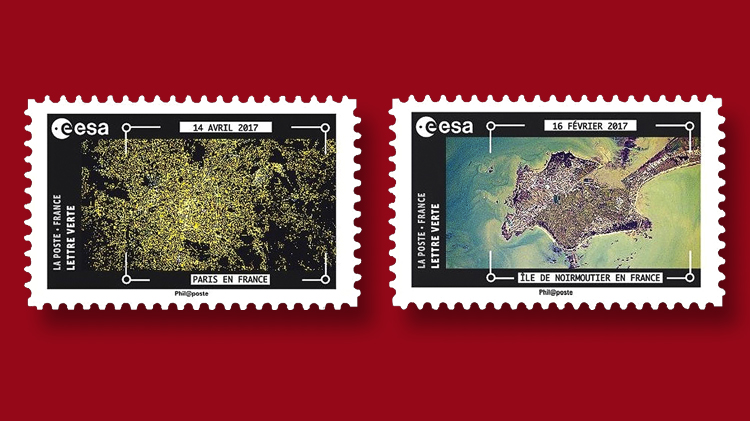 French astronaut Thomas Pesquet photographed Earth during his six-month stay on the International Space Station. A recent booklet of stamps from France shows 12 of these photographs, including one featuring Paris at night and another picturing an island o 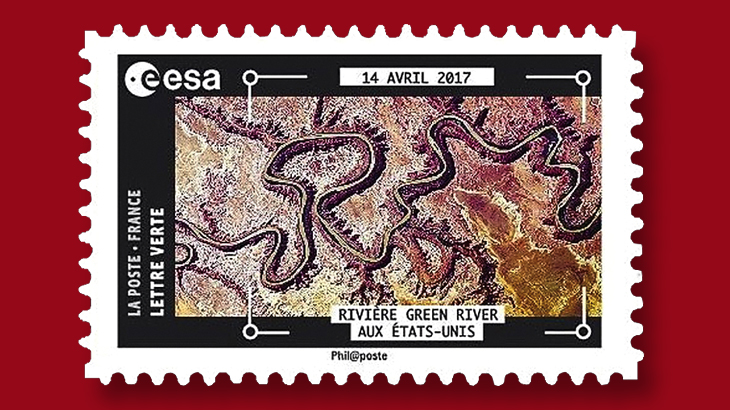 A photograph of the Green River, a tributary of the Colorado River, as viewed from the International Space Station is pictured on a French booklet stamp. The booklet includes 12 stamps, all with different designs.
Previous
Next

New booklet stamps from France show the world as viewed from the International Space Station.

The 12 stamps reproduce photographs taken by Thomas Pesquet, the French aerospace engineer, pilot and European Space Agency astronaut who spent six months on the International Space Station in 2016 and 2017.

The United States is represented by a photograph capturing what Pesquet called the “hypnotizing” twists and turns of the Green River, a tributary of the Colorado River.

The other photos on the stamps show snow and ice in Canada, China and Russia; fields in Saudi Arabia and Spain; and scenes of the Persian Gulf, Bissagos Islands off the coast of Guinea-Bissau, and the mouth of Betsiboka River in Madagascar.

France’s La Poste issued the booklet June 4. All of the stamps are nondenominated, pay the reduced green letter rate (currently €0.80).

Etienne Thery designed the stamps, and Philaposte printed them by gravure.