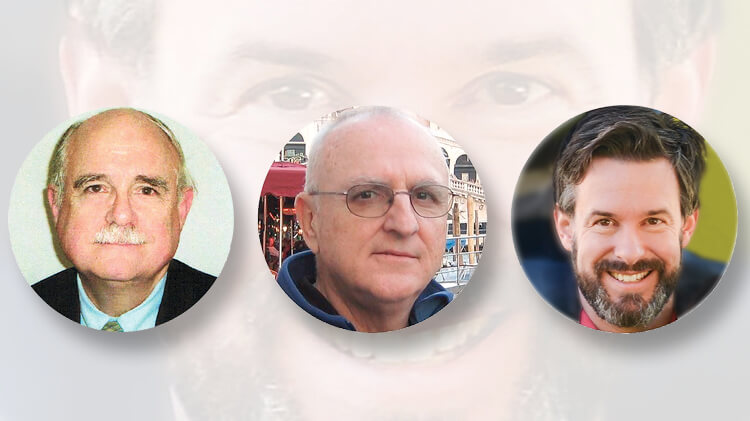 Recently, we gave readers a closer look at the editors who bring almost 120 years experience to the pages of Linn’s each week.

This week we introduce an equally talented and knowlegeable trio of writers who serve as Linn’s contributing editor and correspondents.

John M. Hotchner is well-known to Linn’s readers as a contributing editor and writer of the ever-popular U.S. Stamp Notes column. He has written for Linn’s since 1977.

He collects the United States in depth and worldwide errors, freaks and oddities (EFOs), and exhibits stamp separation methods, U.S. auxiliary markings, and the 1934 U.S. and Great Britain Christmas seals.

In addition to being a contributing editor, Hotchner also is a member of Linn’s Editorial Advisory Committee.

He is a well-known national and international stamp show and philatelic literature judge and an expertizer for U.S. material.

Hotchner served as a member of the American Philatelic Society board of directors and as president of the APS from 1997-99. He is a member of the Smithsonian’s National Postal Museum’s Council of Philatelists and served on the Citizens’ Stamp Advisory Committee from 1998 to 2010.

Hotchner retired from the U.S. Department of State in May 2008, and in 2011, he retired as a consultant to the interagency Human Smuggling and Trafficking Center.

Linn’s Washington correspondent Bill McAllister was introduced to stamp collecting by his aunt, who gave him his first stamp album, a Minkus beginner album, in 1952. She also introduced him to journalism, which became his life-long career.

He has collected United States stamps, especially first-day covers and programs, for many years.

McAllister began his pursuit of first-day programs after covering a first-day ceremony for the 1987 Girl Scout stamp in Washington, D.C.

That ceremony prompted him to write a weekly stamp column that appeared in the Washington Post and other newspapers.

McAllister joined Linn’s as its Washington correspondent in 1996. He reports on behind-the-scenes activities of the U.S. Postal Service.

Linn’s New York correspondent Matthew Healey began collecting stamps at the age of 6, when he lived in Rome. He recalls that he would spend sunny Sunday mornings at the Porta Portese flea market, picking used Italian commemoratives out of the street vendors’ stockbooks for 5 lire or 10 lire apiece.

Healey’s father Barth was the last stamp columnist for the New York Times. As a teenager in New York, Matthew Healey accompanied his father to the stamp shows at the New York Coliseum and Madison Square Garden.

As an adult, Healey studied graphic design, typography and printing.

He writes about the auction scene for Linn’s in the Auction Roundup column and occasionally writes stories on stamp subjects for the New York Times.

Although Hotchner, McAllister, and Healey are not physically in our offices here in Sidney, Ohio, we consider them part of the Linn’s family.

A simple explanation of stamp-collecting terminology