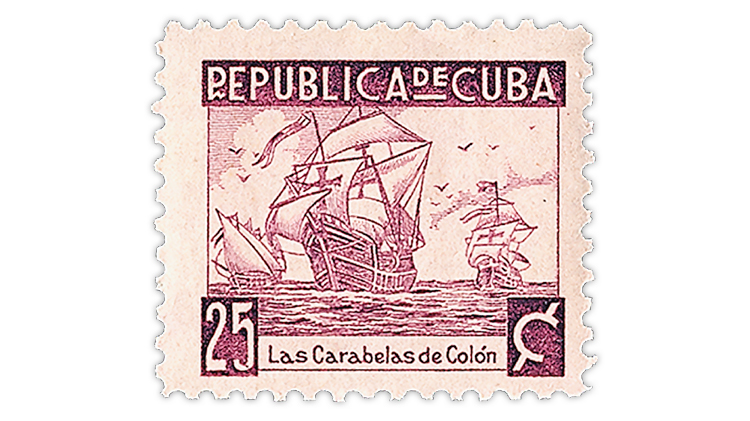 The market for Cuban stamps is a mixed bag.

Stamps issued under the Spanish and United States administrations are in fair demand from Spain, U.S. and world classic collectors. There is some demand for early stamps of the Communist regime from 1959 to about 1962. However, for issues of Cuba after that point, there is little to no demand except for some topical stamps.

Given the large Cuban diaspora in the United States, we think there should be more demand for stamps issued by the Cuban Republic from 1902 to 1959, but those issues do not seem to share in the generally rising interest in Latin America stamps.

These stamps were only sold for a period of three days (Oct. 13-15), during which no other stamps were sold at post offices.

Receipts from sales above 30,000 pesos were donated to the Association of American Writers and Artists. Remainders were overprinted “SVP” (without postal value) and sold at a greatly reduced price.