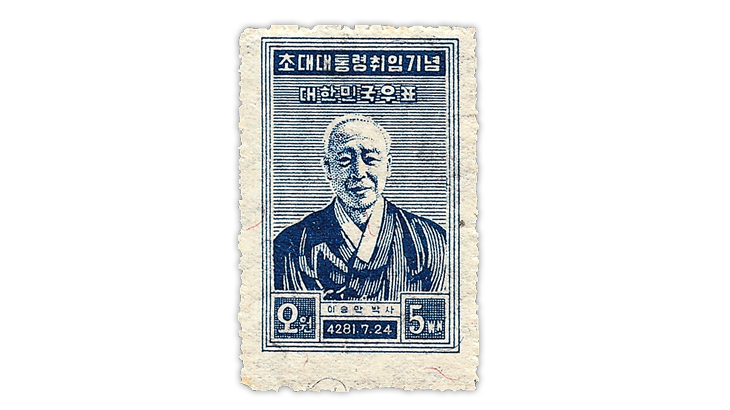 The South Korean economy is one of the strongest in the world. Although menaced by its totalitarian neighbor to the north, this nation of about 52 million with a mixed economic system boasts the fourth largest GDP (gross domestic product) in Asia and the 12th largest in the world.

Because of our long and strong military alliance with South Korea and the United States Armed Forces members who have served there, Korean stamps are quite popular with many American collectors.

The stamp is currently selling for more than Scott catalog value in unused hinged condition and is a good buy at around $300. Examples in mint never-hinged condition are selling in the $350 to $400 price range.