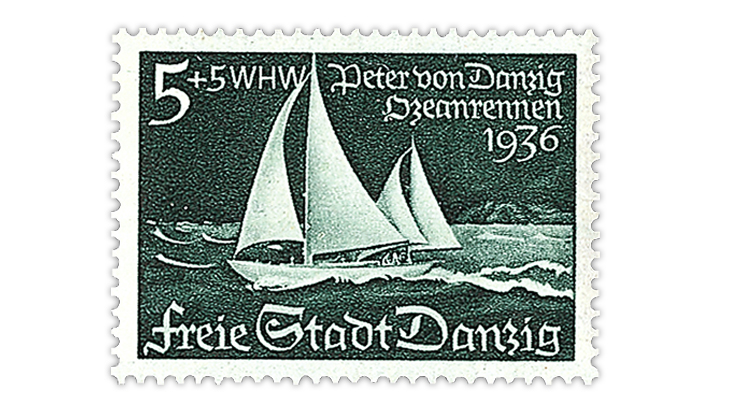 Danzig was a city and seaport on the Baltic Sea in the region formerly known as Pomerelia, and also known as Eastern Pomerania. In modern times, the majority of the population was German, but with sizeable Polish and Latvian minorities as well as a large Jewish population.

Previously part of the Kingdom of Poland, it was annexed by the Kingdom of Prussia in the Second Polish Partition in 1793. After World War I, it was established as an independent free state under the League of Nations.

Germany invaded Danzig on Sept. 1, 1939, in conjunction with its invasion of Poland at the start of World War II. Danzig was annexed to Germany as part of West Prussia.

After the war, most of the surviving German population was expelled, and Danzig became the Polish city of Gdansk.

Danzig operated a postal system and issued stamps from 1920 to 1939. Many of the stamps are quite colorful and attractive. They generally sell at 50 to 80 percent of 2019 Scott Classic Specialized Catalogue of Stamps and Covers 1840-1940 value.

The vessels pictured in this attractive set are the 20th-century sailing yacht Peter von Danzig, the dredger Fu-Shing, the SS Columbus steamboat, the SS City of Danzig, and the Hanseatic League sailing ship Peter von Danzig.