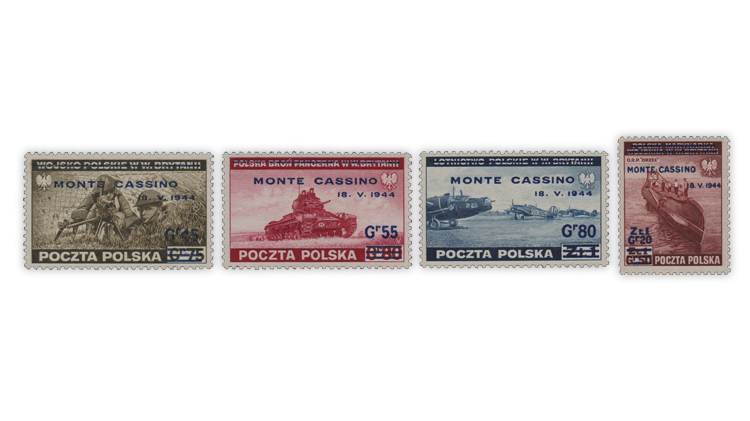 No nation suffered more grievous harm in World War II than Poland. Invaded and dismembered by Nazi Germany and the Soviet Union in 1939, Poland languished under the most brutal occupations imaginable only to be abandoned and betrayed by the Western Allies to Soviet domination at the war’s conclusion.

Poland had a prewar population of about 35 million. Of these, about 400,000 Polish soldiers died in the war, while 5.2 million civilians (3 million of them Jews who perished in the Holocaust) were killed.

Despite their homeland being crushed between two totalitarian giants, Polish soldiers, sailors and airmen fought on —in the Home Army in occupied Poland; in the battles of France and Britain; in the Battle of the Atlantic at sea; with the Allied forces in North Africa; on the Eastern Front with the Soviets; and in Italy, the Netherlands and France.

As the Nazis and Soviets completed their destruction of Poland, the Polish government-in-exile with Wladyslaw Raczkiewicz as its president was established in London.

In 1941, the Polish government-in-exile began issuing postage stamps for use on letters and packages posted from Polish warships and merchant vessels.

These stamps are listed in the Scott Standard Postage Stamp Catalogue with catalog numbers prefixed 3K. In total, 20 postage stamps and one semipostal stamp were issued. The stamps have high design and production values.

The designs show Polish military forces in action during the war, and they are popular with militaria and WWII topical collectors.

Look for the set of four stamps overprinted “Monte Cassino 18 V 1944” and surcharged to new values (Scott 3K17-3K20). This set commemorates Polish soldiers’ crucial participation in the Battle of Monte Cassino in Italy.