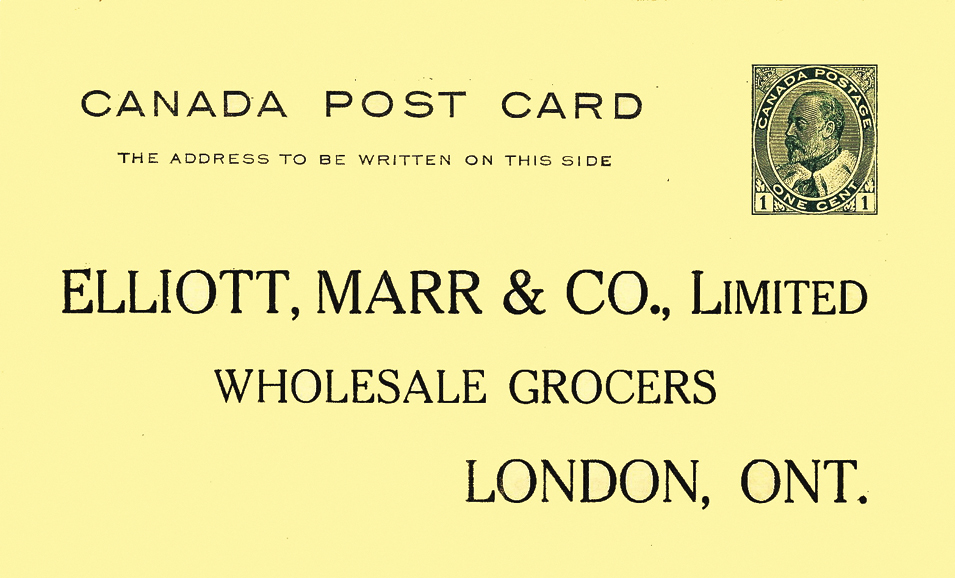 Although most Canadian 1903 1¢ green King Edward VII postal cards are on standard stock, some were printed on a yellowish straw card, like this one with a preprinted address to a London, Ontario, grocer. Image courtesy of eBay’s franjean 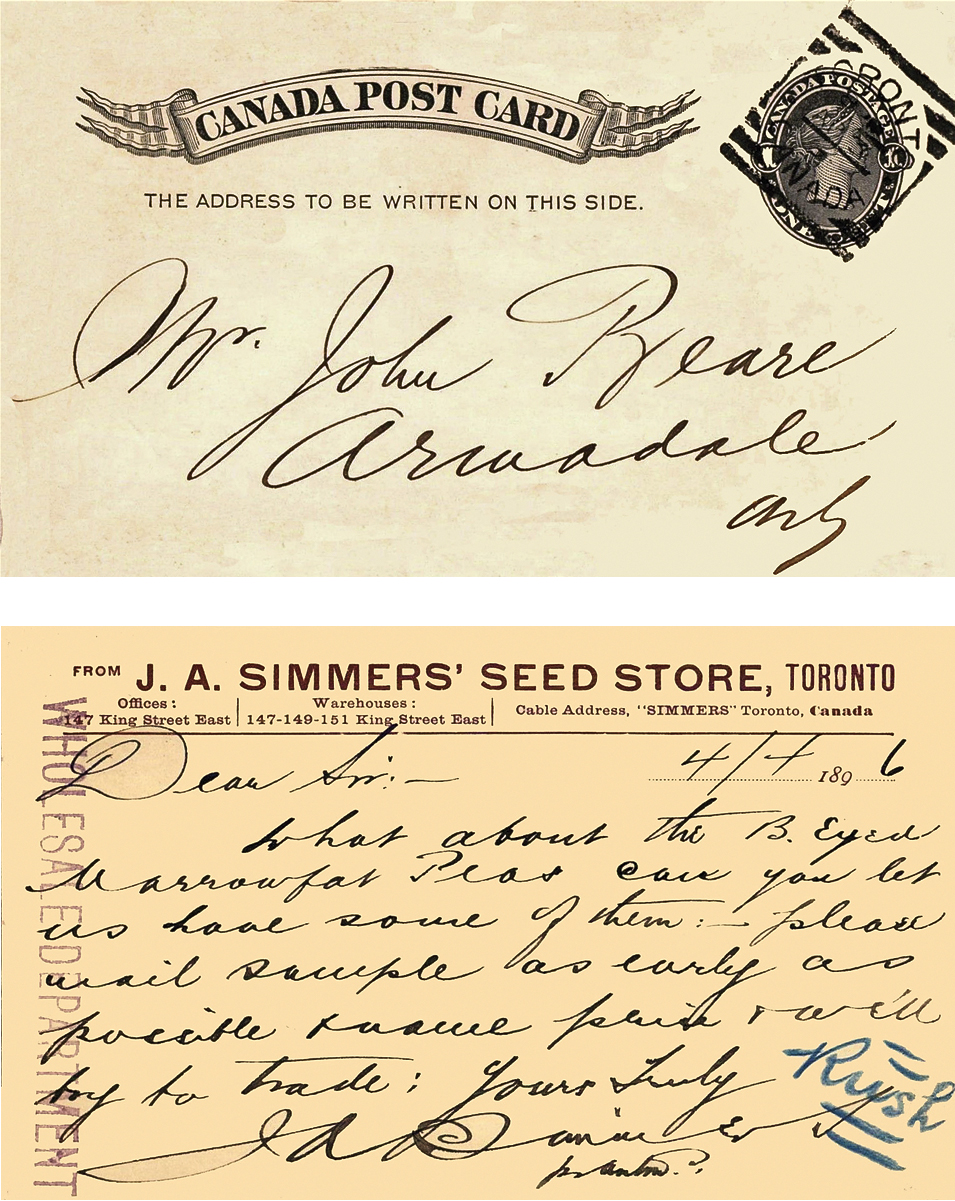 The otherwise crisp strike of a Toronto squared circle postmark on the address side of this 1¢ postal card fails to indicate the year it was used. Turn it over and you not only get the answer from the sender himself — April 4, 1896 — b 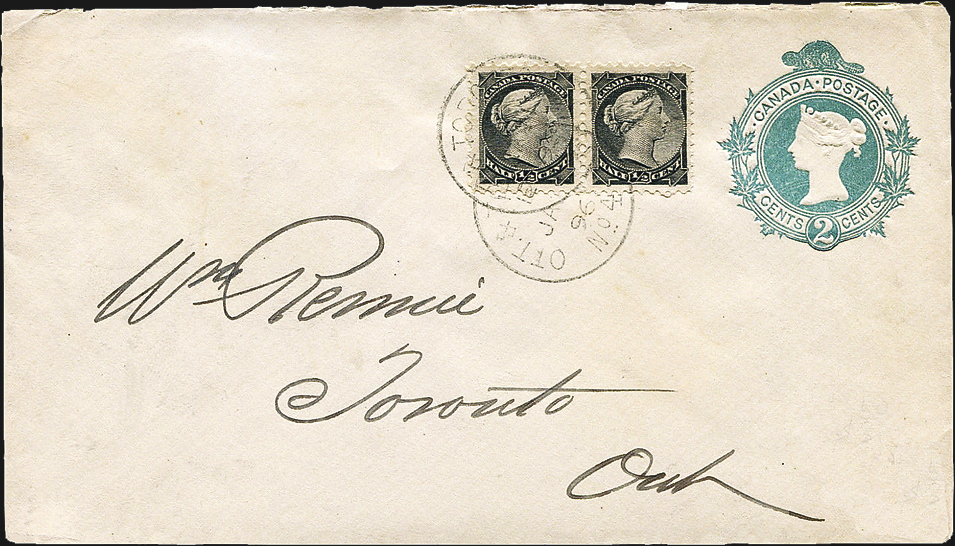 Beset by maple leaves and a beaver, the 2¢ green embossed Victoria on this stamped envelope gazes upon a pair of sisters — ½¢ black Small Queens, tied by light strikes of an 1897 “OTT. & TORONTO R.P.O.” cancel fro 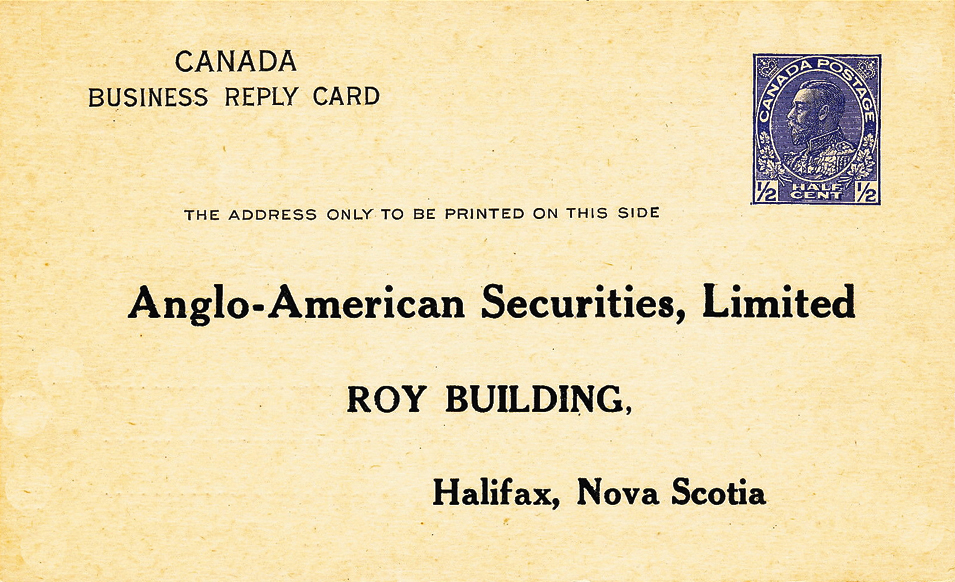 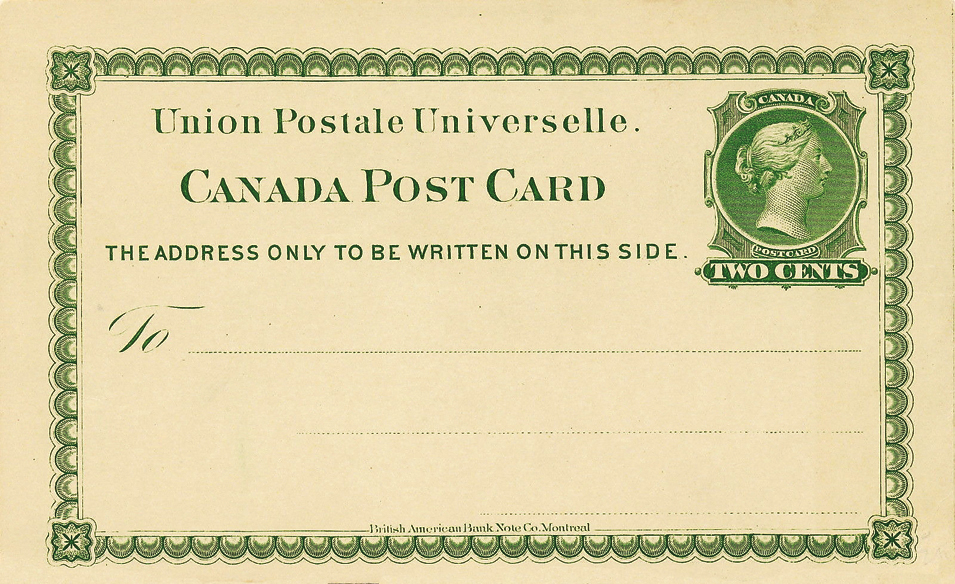