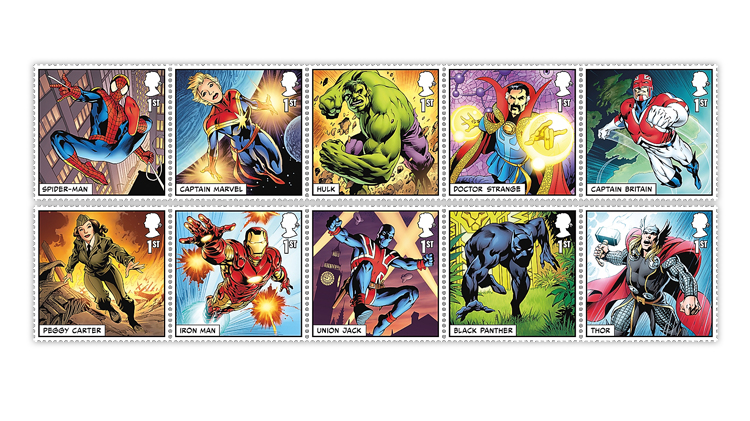 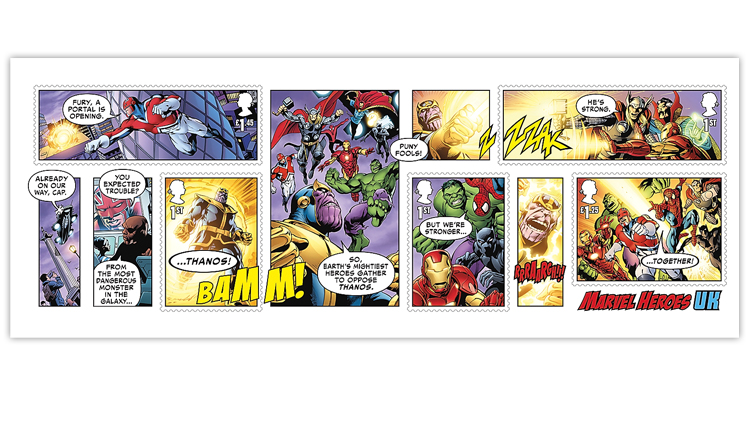 The stamps show comic-book versions of many characters that have been featured in the recent series of blockbuster Marvel live-action films, including Spider-Man, Iron Man, Hulk, Thor and Black Panther.

Some of the stamps show characters with British ties, including Captain Britain, Union Jack, and Peggy Carter, a comic-book character who has been featured as a British intelligence agent in the Marvel movies.

The miniature sheet is set up with 10 comic-style panels, five of which are postage stamps.

A £1.45 stamp in the upper left corner features Captain Britain alone, but speaking to Nick Fury, the longtime head of the fictional S.H.I.E.L.D. agency.

Captain America, an Avengers team leader closely associated with Peggy Carter, does not appear to be featured in this set. Nick Fury appears in one miniature sheet panel, but not on any of the postage stamps.

The stamps are being issued just days after the March 8 premiere of Captain Marvel, the newest entry in the Marvel Studios film series, and only a few weeks before the April 26 premiere of Avengers: Endgame, the fourth film featuring the Avengers superhero team.