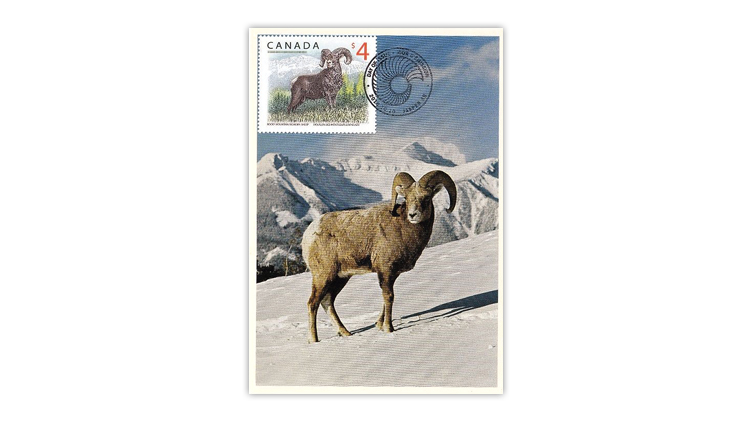 The May 27 issue of Linn’s Stamp News just landed on the presses and goes in the mail to subscribers Monday, May 13. And if you subscribe to Linn’s digital edition, you’re at the head of the line with early access Saturday, May 11. These three stories and more await you.

Maximum cards — which feature a picture postcard, stamp and postmark with a related subject — have fallen on tough collecting times in the United States. In First-Day Covers, Lloyd de Vries points to a simple explanation for this waning popularity: people prefer email over writing postcards.

In Stamps of Latin America, Thomas P. Myers focuses his attention on the two printings of the imperforate 1884 5-centavo blue stamp. Using several illustrations, Myers identifies key characteristics that separate the first printing from the second, which the Scott catalog describes as “redrawn.”

Dzukija borders Belarus and Poland and is one of the five ethnographic regions in Lithuania. In Stamps of Eastern Europe, Rick Miller introduces some of the fascinating cultural and natural wonders of this area that are depicted on Lithuanian stamps.