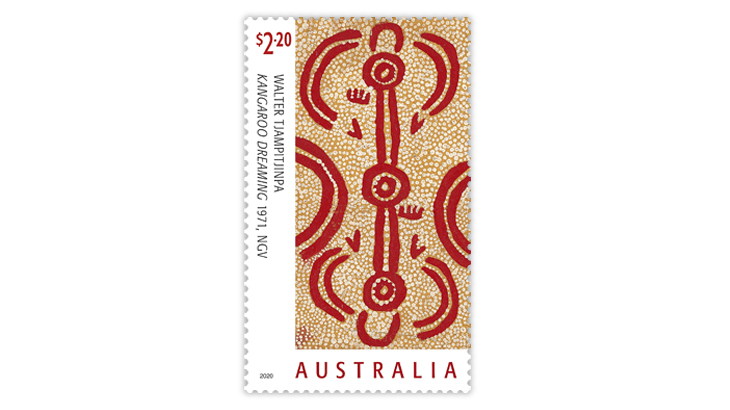 Australia Post issued four Art of the Desert stamps June 9. Shown is the $2.20 stamp; the other three are denominated $1.10.

The Western Desert includes most of the interior of Western Australia, northern South Australia and the southwest corner of the Northern Territory.

According to the National Museum of Australia, “The Aboriginal communities scattered throughout this area are among Australia’s most prolific art producers.”

The $2.20 stamp reproduces Kangaroo Dreaming, a 1971 painting by Walter Tjampitjinpa, part of the artists’ cooperative at Papunya Tula, Northern Territory.

Australia Post philatelic manager Michael Zsolt said: “The Western Desert region of Australia is unlike any other in the world, and these works allow us to see it through the eyes of those who have an intimate relationship with the region.”