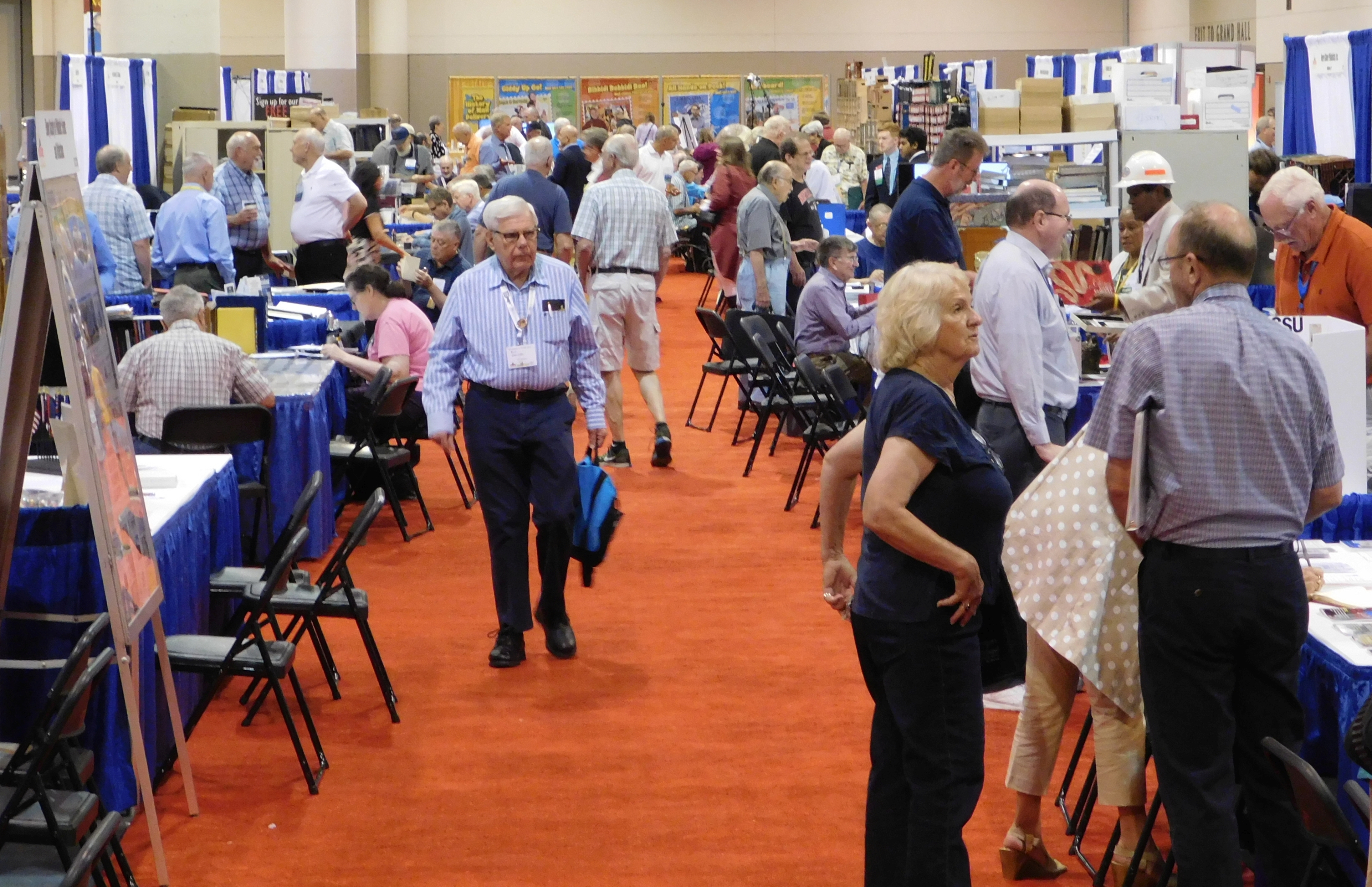 Stamp collectors packed the aisles at the combined APS Stampshow and National Topical Stamp Show in Omaha, Neb., this past August. With the addition of the American First Day Cover Society for the annual gathering, the show has taken on a new name for 202

The American Philatelic Society is saying goodbye to the name “APS StampShow” and hello to the “Great American Stamp Show.”

The three national societies each sponsored their own separate annual shows and conventions in years past. However, an initiative to combine these larger shows, promoted by APS executive director Scott English, is now coming to pass.

The three national stamp groups will meet under one roof Aug. 20-23, 2020, at the Connecticut Convention Center in Hartford for the newly christened Great American Stamp Show.

The name was chosen through online voting by society members.

“A new era brings a new name,” English said. “We’re looking forward to bringing together the American Philatelic Society, American Topical Association, and American First Day Cover Society under the Great American Stamp Show umbrella. Thank you to all the creative minds who contributed to name suggestions and those people who voted in the poll.

“Over the last two years, we’ve worked and succeeded at making this annual show one of the best reasons to be a collector. Start making plans to join us in Hartford in August 2020 to see the next evolution in this live event!”

American First Day Cover Society president Lloyd A. de Vries remarked, “We know the addition of our Americover to what was already a very good stamp collecting show will make this event ‘great.’ ”

The new show name was chosen out of a field of five contenders that included “StampShow,” the most recent name for the APS event.

During the past two years, the ATA has joined the annual APS summer show in Richmond, Va. (2017) and Omaha, Neb. (2018), a move that reduces expenses for both organizations and brings in a combined bourse and more attendees.

After hosting its independent Americover show in St. Louis this past July, the AFDCS signed an agreement at the Omaha show to join in at the upcoming summer show in Hartford.

The APS is the largest stamp collecting organization in the world. Additional information is available from the society’s website.

The AFDCS is devoted to the advancement and collecting of first-day covers. To learn more, stop by the AFDCS website.