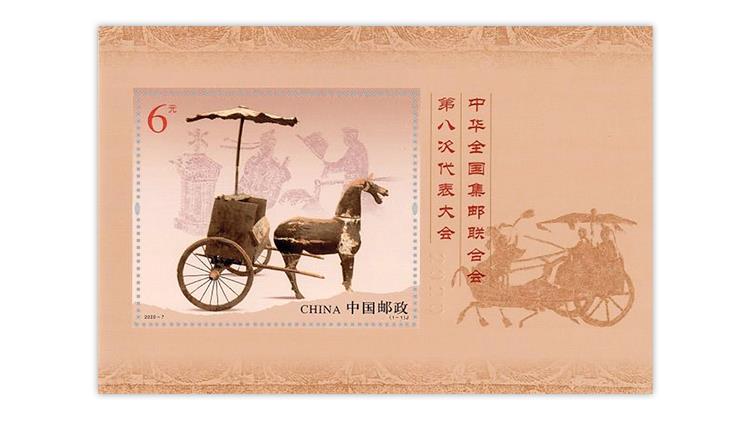 China’s souvenir sheet commemorating the eighth congress of the All-China Philatelic Federation features a wooden carriage that was used to transport officials and postal carriers of the Han dynasty. 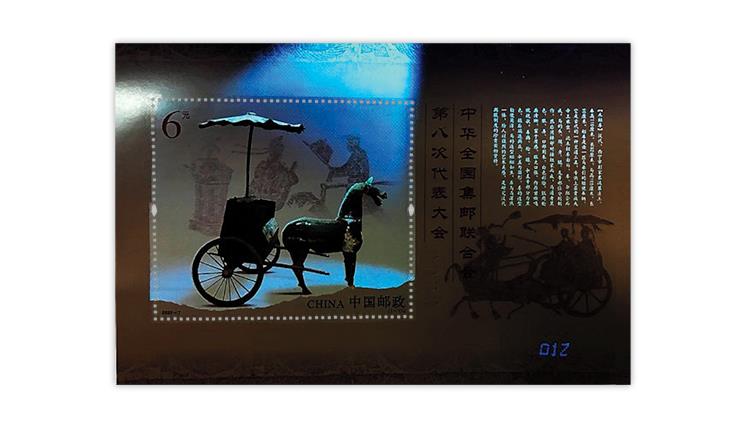 When the Chinese souvenir sheet is viewed under ultraviolet light, a spotlight appears on the carriage and additional information is displayed on the selvage. 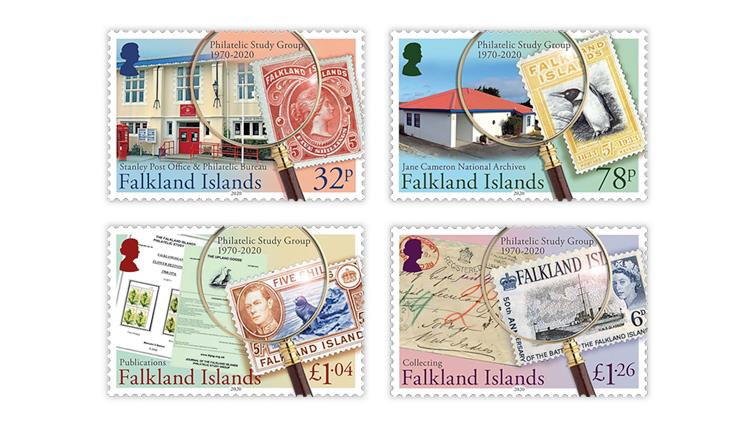 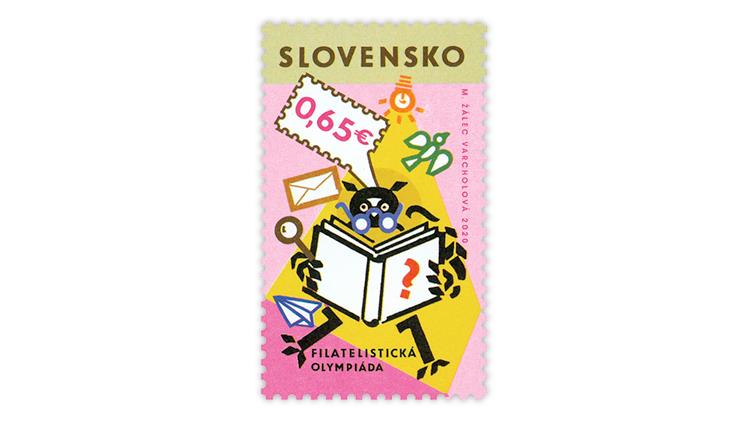 Slovakia issued this stamp May 6 for the Philatelic Olympics. However, this annual event for young stamp collectors was canceled this year because of the COVID-19 pandemic.
Previous
Next

China Post commemorates the eighth congress of the All-China Philatelic Federation on a souvenir sheet issued June 18. The sheet includes hidden designs that are revealed when it is viewed under ultraviolet light.

According to the new-issue announcement from China Post, this carriage was used to transport ancient Chinese officials and postal carriers “and can thereby be regarded as a microcosm of postal travel and postal transportation in the Han Dynasty.”

Depicted in the selvage is a Han dynasty brick painting, which includes a scene of officials traveling in such a carriage.

The carriage pictured on the stamp was unearthed in 1977 in a tomb in Qinghai province and is now in that province’s museum. The brick painting was discovered in a tomb in Shandong province.

Additional calligraphic text can be seen in the selvage when the sheet is viewed under ultraviolet light. Also a spotlight highlights the carriage on the stamp. China Post explains that this “gives the viewers a visual effect of being in the museum, with the light converging into the wooden carriage and the staggered light and shade, it seems as if the viewers travelled back to thousands of years ago.”

Ma Lihang designed the souvenir sheet. The Beijing Stamp Printing House printed it by a combination of offset and photogravure.

The All-China Philatelic Federation was established in 1982 and joined the International Federation of Philatelic (FIP) and the Federation of Inter-Asian Philately (FIAP) the next year. The federation currently comprises 31 member associations of provinces, autonomous regions and municipalities, and 10 national philatelic organizations.

Founded in 1970, the objective of this group is to “research into all aspects of philately connected with the Falkland Islands and their former Dependencies, leading to the publications of findings,” according to information on its website.

The Falkland Islands Philatelic Study Group is based in the United Kingdom, but it has members around the world and has held meetings in various countries, including the United States.

Each stamp in the new set shows a previous Falkland Islands’ stamp under a magnifying glass. In addition to the stamp-on-stamp image, each design also depicts a building or object related to collecting the stamps and postal history of the Falklands.

For example, the 32-penny low denomination of the set depicts the post office and philatelic bureau in Stanley, the capital of the Falkland Islands. The stamp-on-stamp design is of the 1898 5-shilling red Queen Victoria stamp (Scott 21).

The next denomination in the set, £1.04, focuses on publications of the study group, including monographs and the quarterly journal, the Upland Goose.

This commemorative stamp actually depicts three different definitives. The 1938 5sh King George V and Sea Lions stamp (Scott 94) is shown under the magnifying glass, and two blocks of four of different printings of the 1968 £1 Yellow Orchid stamp (174) can be seen on the cover of the study group’s monograph No. 10, Falkland Islands Flower Definitives 1968-74, Part 1 by Malcolm D. Barton.

The £1.26 high value of the set features a famous error stamp, the 1964 Battle of the Falklands 6d stamp showing the wrong ship (Scott 151a). The vignette of the normal 6d stamp depicts the HMS Kent, but this error stamp shows the HMS Glasgow from the vignette for the 2½d stamp (150). It is believed that only one sheet of 60 stamps with this error was produced, and only about 25 examples exist.

Also illustrated on the £1.26 stamp is a cover bearing the boxed three-line “Falkland/Paid/Islands” marking of 1869 known as the “Black Frank.”

A new stamp from Slovakia celebrates the Philatelic Olympics, an annual event for young stamp collectors (ages 8 through 21) who are members of the youth clubs of the Union of Slovak Philatelists.

The competition involves tests that focus on stamp collecting and a specific topic selected for that year and the preparation of a small exhibit on the topic.

Although this year’s Philatelic Olympics were canceled because of the COVID-19 pandemic, the €0.65 stamp was issued May 6 as originally scheduled.

Marianna Zalec Varcholova designed the stamp, which shows a symbolic stamp album, envelope and magnifying glass and other items.