After 91 years, the Post Horn design was revised in 2001, and new stamps were issued in bolder colors. High denomination stamps were given silver frames starting in 2010. At left, the 1kr green stamp of 2001, and at right, the 30kr dull violet stamp of 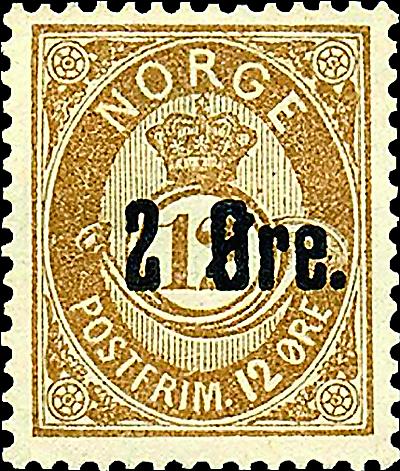 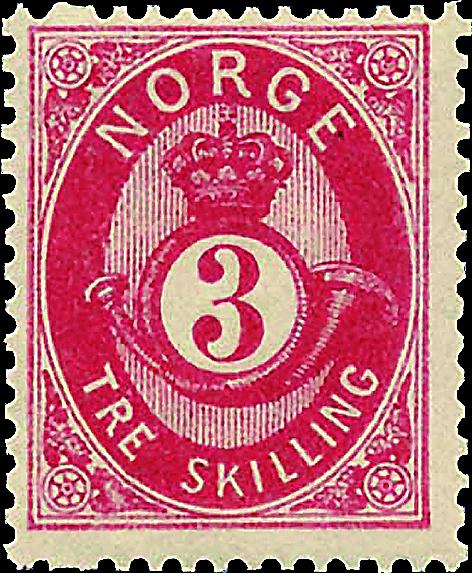 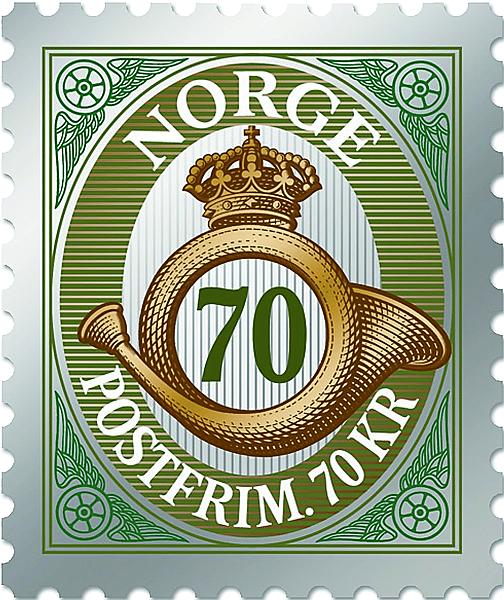