100 years of Czechoslovakia: Inside Linn’s 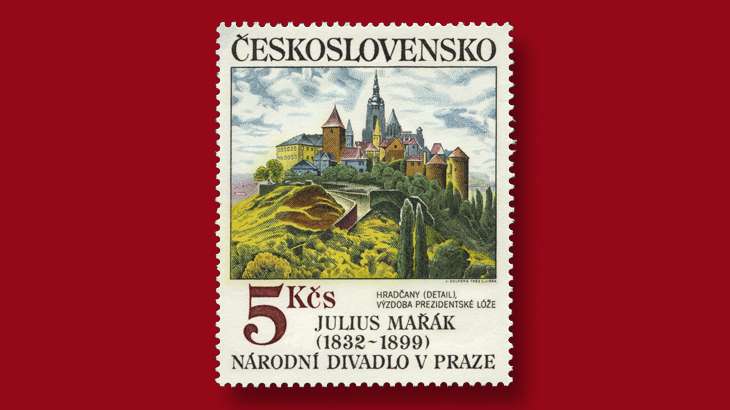 To this day, many Czech and Slovak stamps are engraved, and their subjects are invariably of authentic national interest. To peruse an album of Czechoslovak stamps is to immerse oneself in its history and culture.

The Aug. 20 issue of Linn’s Stamp News just landed on the presses and goes in the mail to subscribers Monday, Aug. 6. And if you subscribe to Linn’s digital edition, you’re at the head of the line with early access Saturday, Aug. 4. Here are three previews inside the issue.

Author Matthew Healey looks at Czech and Slovak stamps over the past 100 years. Many are engraved and their subjects are invariably of authentic national interest. “To peruse an album of Czechoslovak stamps is to immerse oneself in its history and culture,” says Healey.

Unveiling Classic Stamps columnist Sergio Sismondo looks at the Vatican’s own printer that produced the first stamps of the Roman States. He also explores the multiple shades of paper and more with the first Roman States stamps.

The stamps of the Kingdom of Swaziland are the subject of Janet Klug's Stamp Excursions column. The landlocked nation — slightly smaller than New Jersey — borders Mozambique and the Republic of South Africa.

A trip to London’s postal museum: Inside Linn’s