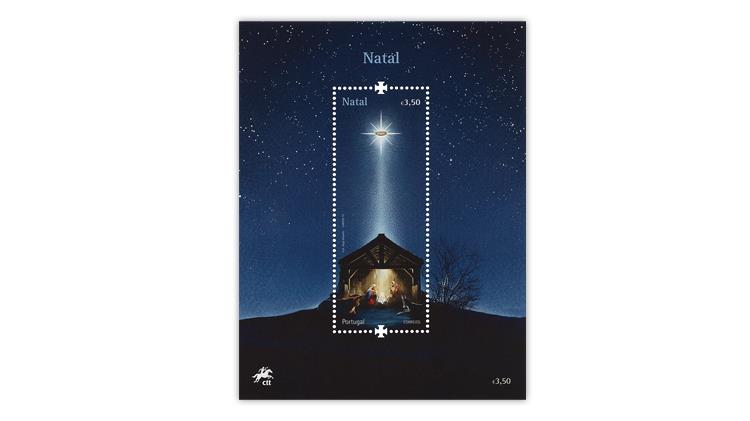 A Christmas souvenir sheet from Portugal won the Asiago international award for philatelic art for stamps issued in 2019. The sheet features a star that actually shines thanks to a light-emitting diode that is activated by cell phone. 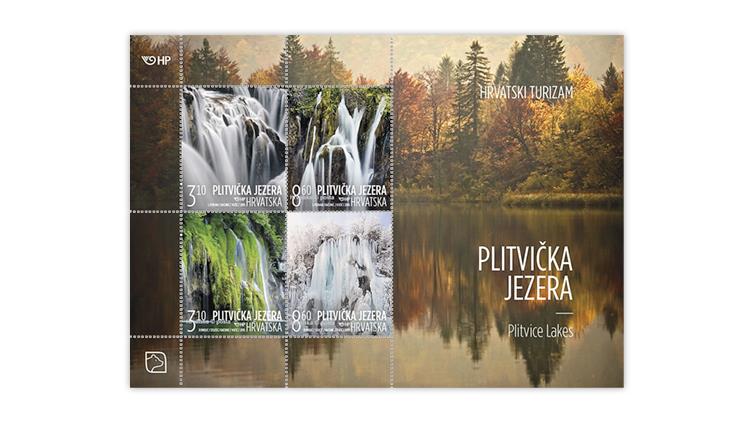 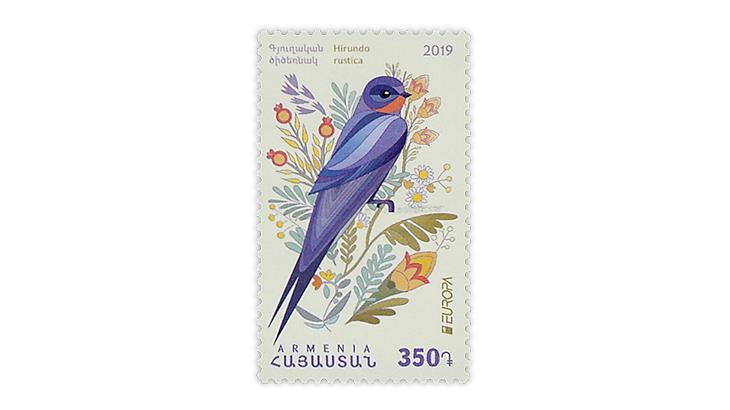 The Asiago prize for the best environmental issue was awarded to Armenia for its 2019 Europa stamp showing a barn swallow amid typical flora of Armenia. 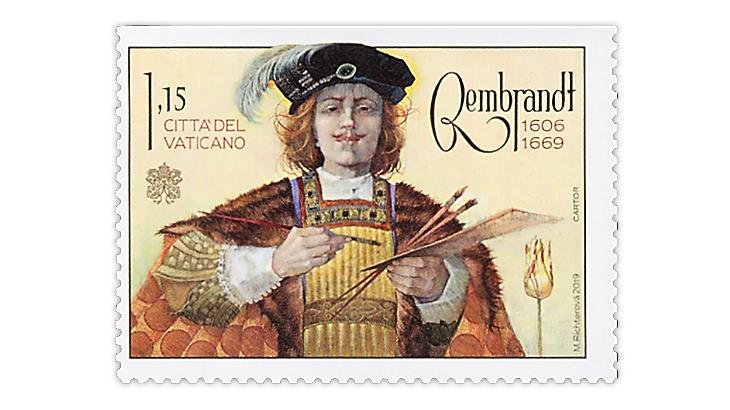 The Vatican City’s commemorative stamp marking the 350th death anniversary of Rembrandt received the special award from the Olympic Academy. 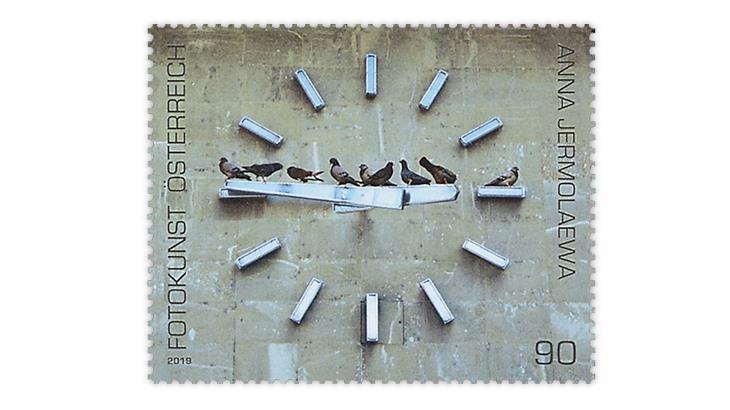 The special award from the Italian Academy of Philately and Postal History went to an Austrian stamp reproducing a photograph of pigeons on the hands of an outdoor clock.
Previous
Next

Issued Oct. 22, 2019, this Portuguese souvenir sheet contains a single €3.50 stamp depicting a star that shines when activated by a built-in luminous diode via a mobile phone connection. The star is above the stable with the Holy Family and animals inside it.

The jury for the awards appreciated “the unusually original creative graphic and technical way the classic Christmas iconography is presented. The outline of the stable occupies the center of the miniature sheet, functioning as a backdrop for a Nativity scene with the ox and donkey in the fore, and a star shining high above and yet shining light on the Holy Family.”

Isabel Fonseca, an official for Portugal’s post office (CTT), accepted the award at the ceremony.

This souvenir sheet was part of a June 10, 2019, Tourism set that also included the four stamps in separate panes of 10 and a booklet. Ivana Vucic and Tomislav-Jurica Kacunic designed the stamps and souvenir sheet, using photographs by Mario Romulic, Drazen Stojcic and Ivo Pervan.

The jury found the decision to pair the close-up views of the majestic waterfalls with their smaller companions extremely inspiring.

As the Croatian ambassador to Italy, Jasen Mesic, received the award, he mentioned the two versions of this year’s Tourism stamps featuring views of Rovinj, a city located on the Istrian Peninsula.

In the first version of these 3.10-kuna and 8.60k stamps issued June 4, the name of the city was in Croatian, which generated legitimate protests from both the Italian Association of Venezia Giulia and Dalmatia and Senator Carlo Giovanardi.

The ambassador thanked the senator for his documented elucidation, which resulted in the re-issuing of the same stamp designs with both the Croatian and Italian name — Rovinj and Rovigno — on June 25.

“Stamps, too,” the ambassador concluded, “can become symbols of peace.”

The “intelligent, simple portrayal of a barn swallow in the style of ancient Armenian miniatures, on a background depicting the typical flora of this Caucasian region in an equally terse and artistic style” expressed a celebration of the environment, according to the jury.

The prize was presented to Armenian consul Gagik Sarucanian.

At this year’s ceremony, awards bestowed by two prestigious academies, the Olympic Academy and the Italian Academy of Philately and Postal History, were included.

Founded in 1555 by a group of 21 citizens of Vicenza and currently chaired by Gaetano Thiene, who is also president of the Asiago international awards for philatelic art, the Olympic Academy selected for its award the Vatican City stamp commemorating the 350th anniversary of the death of Rembrandt van Rijn. This €1.15 stamp was Nov. 4, 2019, in panes of six.

Marina Richterova’s unusual design was highly appreciated by the academy, which noted that rather than picturing one of Rembrandt’s self-portraits or one of his famous works, it shows “an original drawing — almost an engraving — portraying the artist in his composure as he practices his fine art.”

Thiene revealed that “Five stamps representing Bosnia Herzegovina, Hungary, the Vatican, Serbia and France made it to the finals but, in the end, the Accademia Olimpica chose the Vatican’s stamp depicting Rembrandt, the son of a Calvinist father and a Catholic mother, who broached religious subjects in a new way for his time and scope of action.”

The Italian Academy of Philately and Postal History, chaired by Franco Filanci and represented in Asiago by the academy’s deputy chairman Lorenzo Carra, chose an Austrian stamp as the most creative. This €0.90 stamp issued Sept. 27, 2019, reproduces Anna Jermolaewa’s photograph of pigeons sitting on the hands of a clock on a city building.

The reason for this choice lies in the intriguing “question of everyday life emerging from three spectacular photographs taken in 2007 by artist Anna Jermolaewa: ‘Why is it that quarter-to-three or quarter-to-five is a better time than five-minutes-to five?’ The answer lies in the quite amusing first photograph, where the horizontal hands of a clock conveniently offer greater perching room for more pigeons. This is the photograph Austria selected for its annual series on photographic art, thus highlighting its topicality and original symbolism.” As Filanci pointed out, “art is becoming more and more crucial today.”

Two commemorative postmarks, one from Italy and one from San Marino, saluted the 50th anniversary of the Asiago awards.