Postage due stamps overprinted for Puerto Rico in demand 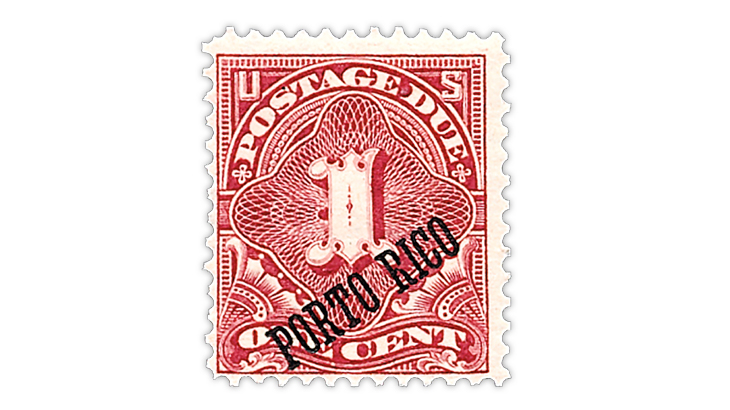 The 1899 Puerto Rico 1¢ and 2¢ overprinted Numeral postage due stamps (Scott J1-J2) are a good buy in unused hinged condition and mint-never hinged condition at 80 percent to 100 percent of Scott Specialized Catalogue of United States Stamps and Covers values.

The Puerto Rican archipelago lies among the Greater Antilles in the northeast Caribbean Sea between the Dominican Republic and the United States Virgin Islands.

Initially U.S. stamps overprinted “Porto Rico” or “Puerto Rico” were placed in use. In 1900 they were replaced by unoverprinted U.S. postage stamps.

Both stamps are a good buy in very fine grade at 80 percent to 100 percent of Scott catalog values.

From Me to You forever mint pane of 20 in demand

Color variety of U.S. $1 O’Neill stamp is in demand