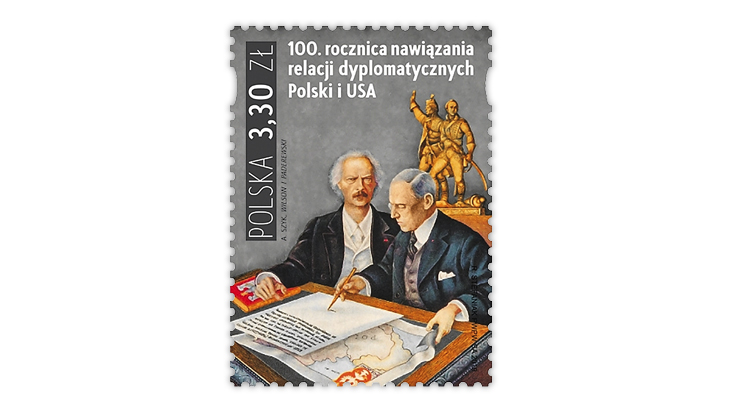 Poland commemorates the 100th anniversary of diplomatic relations with the United States on this stamp issued Dec. 20. 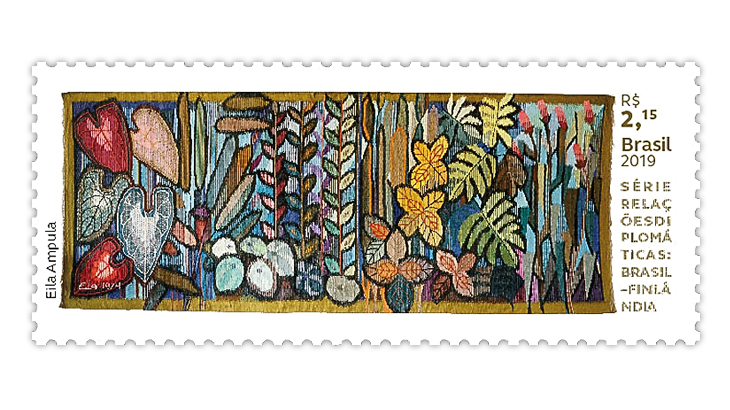 Artwork by Finnish-Brazilian tapestry artist Eila Ampula is featured on this 2.15-real stamp issued by Brazil Dec. 3, 2019, to honor the 100th anniversary of diplomatic ties with Finland. 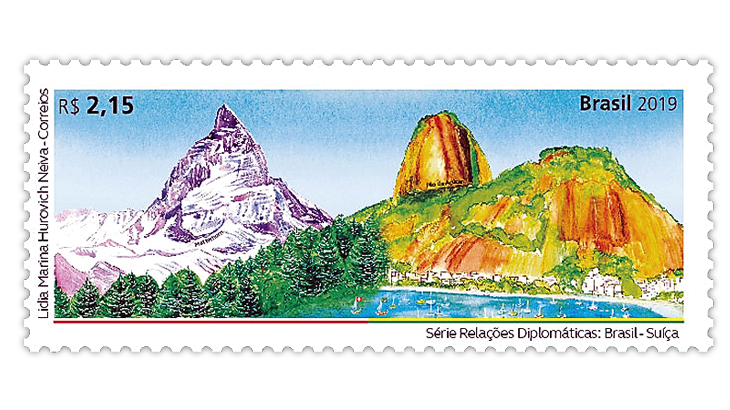 A Brazilian stamp celebrating the 200th anniversary of diplomatic relations with Switzerland pictures mountains in the two countries. Microprinted text also is included. 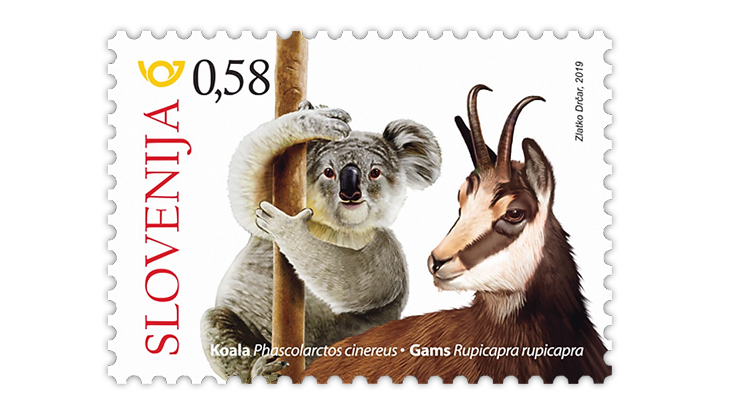 A stamp honoring Slovenians in Australia and promoting conservation shows a koala and a chamois. 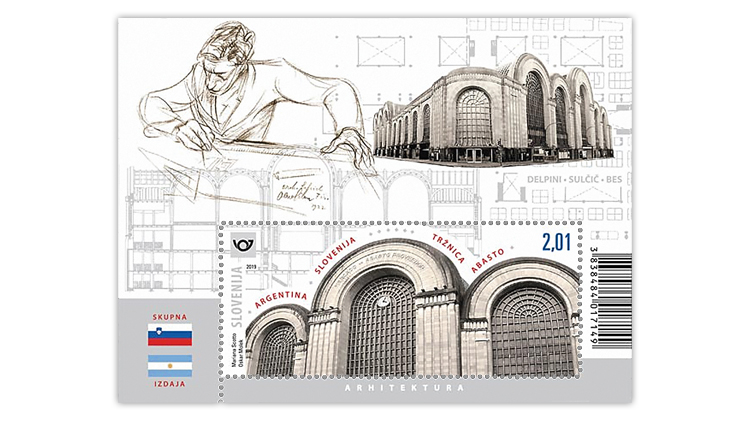 Slovenia and Argentina participated in a joint issue to honor Slovenian-Argentine architect Viktor Sulcic. The Slovenian sheet is shown.
Previous
Next

A Polish stamp issued Dec. 20, 2019, commemorates the 100th anniversary of the establishment of diplomatic relations with the United States.

Shortly after Poland regained its independence in November 1918, the United States recognized the new government.

The Office of the Historian, which is responsible for the preparation and publication of the official documentary history of U.S. foreign policy in the Foreign Relations of the United States series, said on its website: “The thirteenth of President Woodrow Wilson’s Fourteen Points called for an independent Poland with access to the sea. On January 22, 1919, Secretary of State Robert Lansing notified Poland’s Prime Minister and Secretary for Foreign Affairs, Ignace Jan Paderewski, that the United States recognized the Provisional Polish Government.”

The 3.30-zloty stamp reproduces Artur Szyk’s Wilson and Paderewski lithograph as it appeared on a 1939 postcard.

Roch Stefaniak designed the commemorative. Printed by offset by the Polish Security Printing Works, the stamp is sold in panes of 12.

Poland also issued joint-issue stamps in 2019 marking the 100th anniversary of its diplomatic relations with the Vatican (March 29), France (April 2) and Greece (April 30).

The anniversary with Finland was commemorated on a 2.15-real stamp issued Dec. 3, 2019. The stamp features artwork by Eila Ampula (1916-2008) created in 1973 for the official residence of the Finnish ambassador in Brasilia, Brazil. Born in Finland, Ampula immigrated to Brazil as a teenager.

A new-issue announcement from Brazil’s Correios said of the artist: “It was in the lines, curves and vibrant colors of Brazilian nature that Eila Ampula was inspired to produce her famous works. Fishermen, musicians, beaches, forests, animals and scenes from everyday Brazilian life inspired her to produce her pieces. This beautiful mixture of Finnish talent and Brazilian inspiration made Eila Ampula gain international fame."

Microprinting on the stamp identifies the two mountains. Also, tiny Swiss and Brazilian flags are included on sailboats floating in the lake in the foreground.

The Brazilian Mint printed the stamps by offset in separate sheets of 24.

Although they do not commemorate diplomatic relations, two stamps issued by Slovenia in late 2019 illustrate ties to other countries.

Animals of Slovenia and Australia are illustrated on a €0.58 stamp issued Nov. 8 in the Slovenes around the World series.

In announcing the stamp, Posta Slovenije said that Australia’s koala and Slovenia’s chamois “not only indicate two characteristics of the natural environment of these two countries, but also concern for their conservation.”

The Slovenes Around the World series began Nov. 10, 2017, with a €0.48 stamp honoring Slovenian immigration to Argentina (Scott 1242). A new souvenir sheet issued Dec. 11, 2019, by Slovenia also commemorates ties with Argentina. This souvenir sheet features the work of Viktor Sulcic (1895-1973), a Slovenian-born architect who immigrated to Argentina. A line drawing of Sulcic at work is shown in the selvage at upper left on the souvenir sheet.

The €2.01 stamp in the sheet features the Mercado de Abasto in Buenos Aires. Originally a vegetable market, it was converted into a shopping mall in 1999. Sulcic received an architectural prize for his design for the building in 1937.