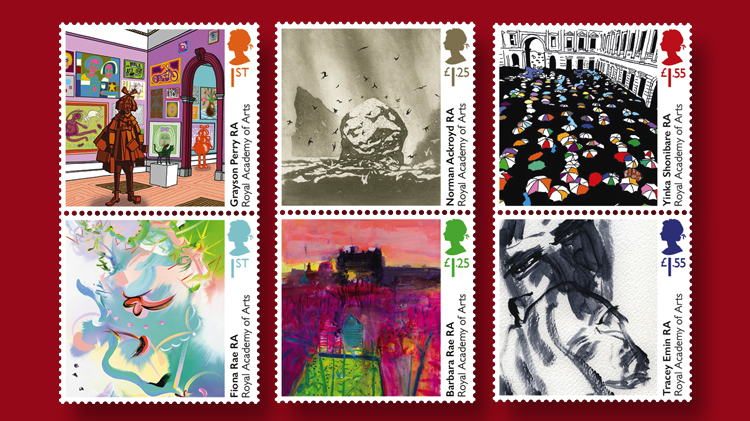 Six contemporary artists designed their personal portrayal of the Royal Academy of Art’s summer exhibition for Great Britain’s stamps commemorating the academy’s 250th anniversary. The summer show is a yearly tradition as old as the organization. Royal Ma