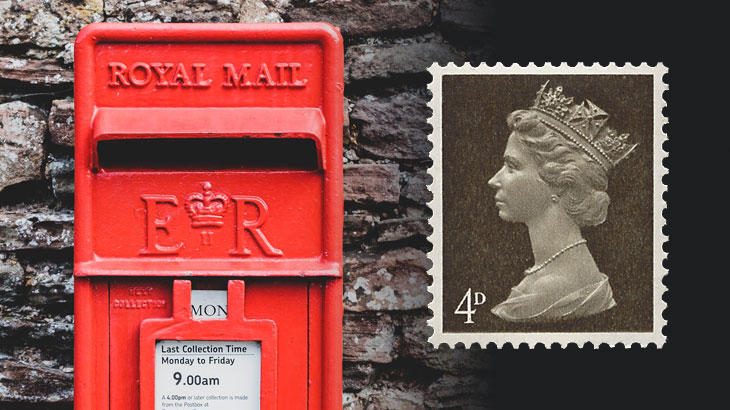 Photo by Krisztina Papp on Unsplash.

All of the special stamps that have already been announced will still be issued, although the issue dates may change, Royal Mail said.

Royal Mail will make further announcements on stamps after consulting with Buckingham Palace once the appropriate amount of time has passed after the funeral.

Royal Mail confirmed that stamps bearing the image of the queen remain valid for use. These include definitive stamps and special stamps.

More information on Royal Mail’s “Swap Out” scheme for exchanging stamps without barcodes for stamps with barcodes is available at www.royalmail.com.

All existing post boxes with the insignia of Queen Elizabeth II, as well as post boxes already in production or being prepared for installation, will remain unchanged, Royal Mail said.

This follows the past practices following the death of a monarch. A Sept. 8 article in The Guardian notes that some post boxes with the insignia of King George VI remain in use today.

A gallery of Great Britain stamps featuring the queen is available through Royal Mail’s website.