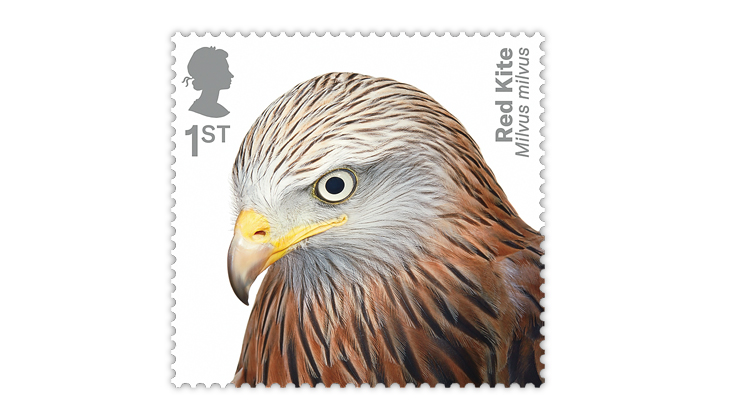 The red kite will be among the birds of prey highlighted on a set of stamps to be issued in April. The images for these stamps were photographed especially for Royal Mail by Tim Flach. 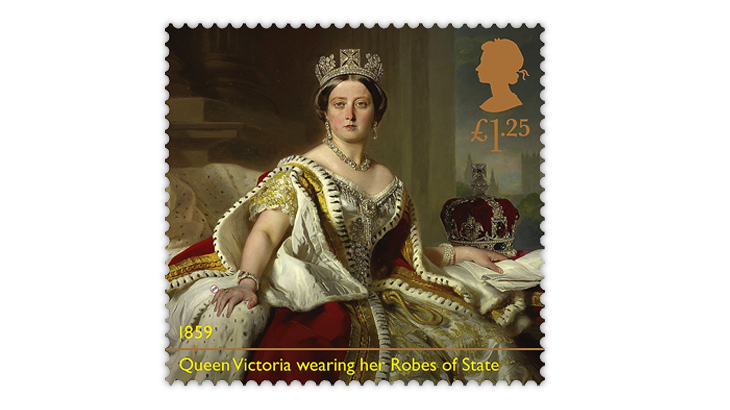 Stamps to be released in May will celebrate the 200th birth anniversaries of Queen Victoria and her husband, Prince Albert. Several of the designs will feature portraits of the queen, such as this one from 1859.
Previous
Next

Great Britain’s Royal Mail will commemorate the 75th anniversary of the D-Day landings and the birth bicentenaries of Queen Victoria and Prince Albert on stamps to be issued in 2019.

According to the Dec. 27, 2018, press release that announced some of Great Britain’s stamp subjects for 2019, the D-Day issue of 11 stamps is slated for release in June.

Great Britain’s Imperial War Museum says of this largest amphibious invasion in the history of warfare, “Codenamed Operation ‘Overlord,’ the Allied landings on the beaches of Normandy marked the start of a long and costly campaign to liberate north-west Europe from Nazi occupation.”

Royal Mail reports that this stamp issue “will be a timely commemoration of all those who participated and will use images from the day itself.”

Queen Victoria was born May 24, 1819, and her husband, Prince Albert, was born Aug. 26 in the same year. Royal Mail will celebrate the 200th anniversaries of their births on a set of 10 stamps scheduled for release in May.

According to Royal Mail, six of the stamps will show portraits of Queen Victoria at various stages in her life starting at age 11, to mark her long reign of more than 63 years. Four stamps in a souvenir sheet will pay tribute to Prince Albert.

Another stamp set to be issued in May will salute British engineering. Royal Mail described this issue as “a celebration of UK excellence in engineering over the past 50 years,” adding that it “conveys the wide range of engineering disciplines where the UK continues to make its mark.”

Birds of prey will be featured on a set of commemorative stamps to be issued in April. The designs show Tim Flach’s photographs of the red kite, sparrow hawk, merlin, golden eagle and kestrel in characteristic poses of flight or in close-ups to focus on their features.