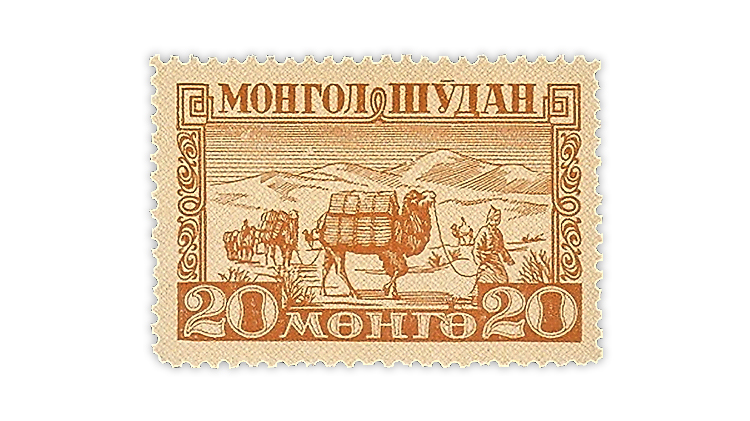 The Mongolia 1943 set of eight pictorial stamps is in demand and has risen sharply in value since last tipped in this column in 2017.

Mongolia lies in Central Asia sandwiched between two giants, Russia and China. The landlocked nation gets little rainfall and is very hot in summer and very cold in winter, with the result that there is little arable land. Its topography mostly comprises desert, steppe and mountains.

As might be expected from its geographical location, for most of its history Mongolia has been dominated by either China or Russia. Russia gained lasting ascendancy after the Bolshevik Revolution of 1917.

Mongolia issued its first postage stamps in 1924 under the tutelage of the Soviet Union. The Soviet Union was so involved in Mongolia’s stamp production that at one point pages for Mongolian stamps were included in Scott Publishing Co.’s Soviet Republics stamp album.

This set is both scarce and in demand. The Scott catalog values are in italics, indicating that the set is rarely sold, so pricing is difficult to establish.

Pathos and drama in Hardships of Emigration U.S. stamp design