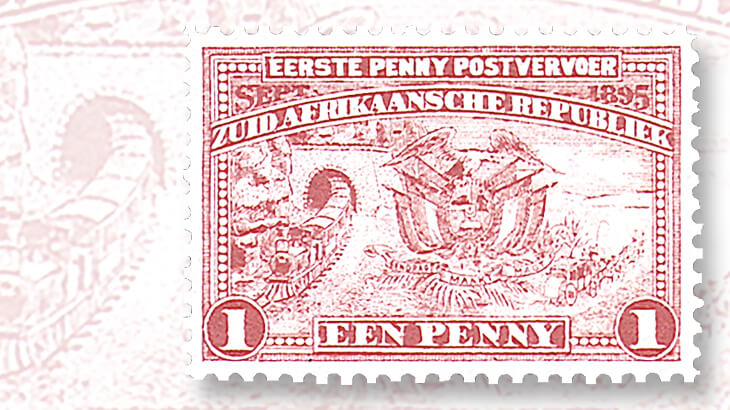 The 1895 South African Republic 1-penny Coat of Arms, Wheat Field, and Railroad stamp (Transvaal Scott 165) is in demand and a good buy at the 2017 Scott Classic Specialized Catalogue of Stamps and Covers 1840-1940 value of $2.40 in unused original gum co