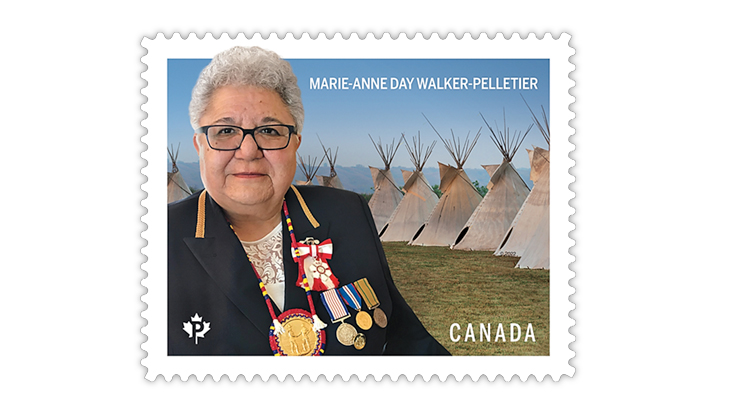 After revealing details on a new Indigenous Leaders stamp series in a June 8 press release, Canada Post unveiled the first two stamps in the series on June 13 and June 14.

Canada Post unveiled the stamp featuring Harry Daniels June 13 in Regina, Saskatchewan, and then unveiled a stamp honoring Jose Kusugak June 14 on the Rankin Inlet in the Nunavut territory.

The first set of three stamps will be issued June 21, National Indigenous Peoples Day in Canada.

Day Walker-Pelletier, born in 1954, served as leader of the Okanese First Nation in Saskatchewan for nearly 40 years, the most consecutive terms a First Nations chief has served in Canada.

Day Walker-Pelletier became a member of the Order of Canada in 2018. She has worked to preserve the culture, language and traditions of her people, while leading projects related to education, wellness and social reform.

This spring, Day Walker-Pelletier met with Pope Francis at the Vatican to discuss the Roman Catholic Church’s role in Canada’s residential school system, which, like Kusugak, she attended.