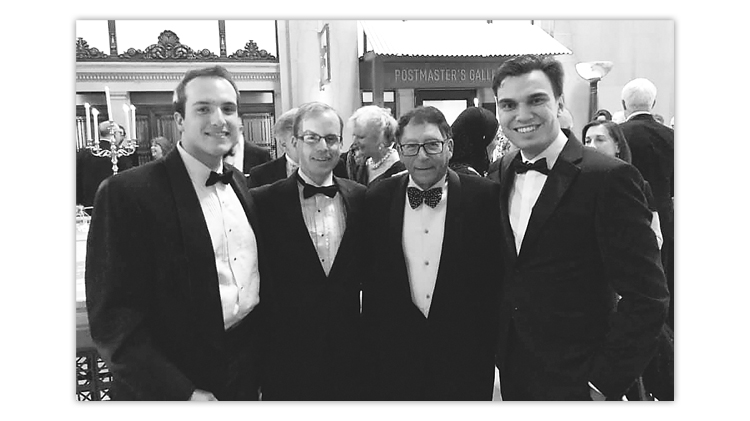 The page 1 story in the March 29 issue of Linn’s gives the details of the sale of the 1856 British Guiana 1¢ Magenta (Scott 13) and the plate block of four of the United States 1918 24¢ carmine rose and blue Jenny Invert airmail error (C3a).

The news brought back some great memories related to the 1¢ Magenta stamp and meeting Weitzman on a couple of occasions.

Since 2015 the Smithsonian’s National Postal Museum has had that stamp on display courtesy of Weitzman, and each time I visited the museum I made it a point to see that stamp. I am certain that others did the same.

The 1¢ Magenta also made a few other appearances, including at World Stamp Show-NY 2016 and at Monacophil in 2017. It was at that Monaco show that I met Weitzman for the first time.

A number of us were meeting up at a hotel lobby, and he approached us asking if we were here for the stamp show. Through that conversation, I could tell he was very proud of his stamp.

On October 19, 2019, Weitzman attended the National Postal Museum’s Smithsonian Philatelic Achievement awards and, in continuing the tradition of previous owners of the stamp, he added his initials “SW” to the reverse along with a line drawing of a stiletto shoe.

After the gala dinner, he graciously agreed to pose for a photo with a couple of stamp collectors who appreciated his contribution to the philatelic community.

Hopefully I will have the opportunity to meet him again someday, and I look forward to what the next chapter has in store for these two iconic stamp items he was the caretaker of.