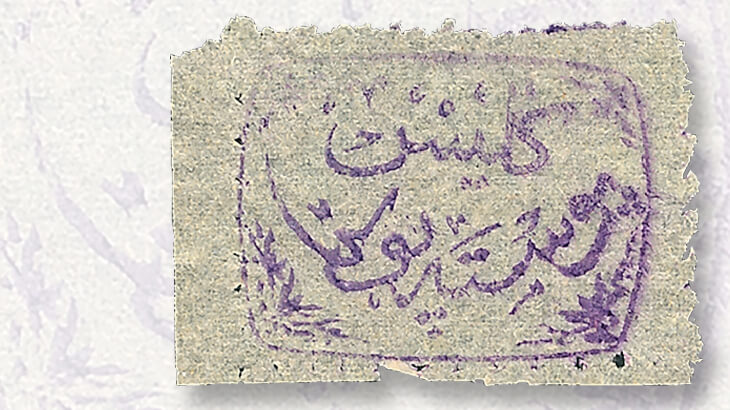 The 1921 Syrian Kilis provisional stamp (Scott 91) is scarce and a good buy in unused or used condition at 2017 Scott Classic Specialized Catalogue of Stamps and Covers 1840-1940 value.

The bloody, never-ending, multifactional civil war in Syria has drawn foreign interventions like a zebra carcass draws hyenas. To date, more than 400,000 people, mostly civilians, have been killed and an estimated 5 million refugees have fled the country. But in 1921, Syria was on the receiving end of a refugee influx.

The city and eponymous province of Kilis were in the Aleppo Vilayet of the Ottoman Empire until World War I. After the war, it passed to the Syrian successor state. In October 1923, control of Kilis reverted to Turkey.

In 1915, the Ottoman Empire began systematically murdering its Armenian population. By the time the empire collapsed, an estimated 1.5 million Armenians had perished. About 500,000 refugees escaped death by fleeing to other countries. Of those, about 95,000 fled to Syria, many to the province of Kilis.

The influx of Armenian refugees exhausted the available supply of regular postage stamps, so in 1921, a nondenominated 1-piaster provisional issue (Scott 91) was produced.

Handstamped on pelure paper with gauge 9 sewing-machine perforations, this is not a particularly attractive stamp. However, it is scarce and quite difficult to find.

The 2017 Scott Classic Specialized Catalogue of Stamps and Covers 1840-1940 values the stamp at $50 in unused condition and at $45 in used condition with the values in italics. If you find it offered at those prices, it would make an excellent purchase.