Figure 1. The logo for the Indonesia 2022 world stamp championship held Aug. 4-9 in Jakarta. 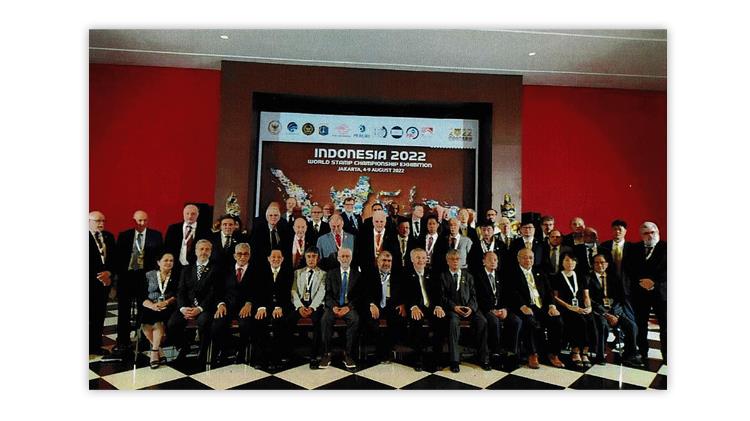 Figure 2. In the official photo of the jury at Indonesia 2022, the author is standing at the far left (partially cut off) next to the other American on the jury, Akthem Al-Manaseer of California.
Previous
Next

As this is being written, I am in Indonesia serving on the 47-person jury evaluating almost 400 competitive exhibits at the Indonesia 2022 world stamp championship, that country’s once-every-10-years international show.

As shown in the text of the logo in Figure 1, the exhibition was held Aug. 4-9 in Jakarta. Despite the fact that this is half a world away (an 11-hour time difference) from my home, a day of rest before work began was enough to overcome jet lag.

To give you a sense of proportion, this show is on the same scale as the most recent international show in the United States, World Stamp Show-NY 2016 and the upcoming Boston 2026 World Expo.

Figure 2 shows all of the jury members at Indonesia 2022. My assignment for this show was to serve on the Expert Group. It was headed by Dila Eaton of Paraguay as team leader and staffed by myself, Ari Muhonen of Finland and Sansern Nilrat of Thailand.

Normally, I would judge at the frames as part of a team of postal history, traditional or revenue class judges, or as a literature judge. But for some mysterious reason, I was assigned to the Expert Group here — a first for me.

This being a continuing column about expertizing, I thought you might like to know how such an assignment is carried out at the international level.

First, let me say that there is no parallel for national-level exhibiting in the United States. Our national judges can certainly question items contained in an exhibit, but there is no formal process for dealing with such question marks from show to show.

It’s not the only difference in judging between our national system and the international system. In the United States, usually five judges (sometimes with an apprentice) are expected to judge every exhibit in competition, normally a total of 30 to 50 exhibits at any of the approximately 30 national shows each year.

The international system is run and regulated by the International Federation of Philately (FIP is the acronym reflecting the French version of the name, Fédération Internationale de Philatélie). The FIP was founded in 1926. It is now composed of more than 90 national federations and three continental federations (Europe, the Americas and Asia).

The FIP is the central authority for the international system of stamp shows, setting out rules and guidelines that must be adhered to by national organizing committees for their shows to be recognized.

The rules cover, among other things, the responsibilities of the national organizing committees and how FIP will work with them, the accreditation of international jurors and the progression of the judging process, and the basic qualifications an exhibit has to meet to be shown at an FIP exhibition.

The FIP also specifies judging criteria, how judges are selected for each show, and the establishment of central FIP records. A major aim is to promote the excellence of shows and consistency of judging from exhibition to exhibition.

As with any central authority, the FIP has its detractors. I will go so far as to say it is not perfect, but the system is practical, it is mostly efficient and it works. Also, its leadership is alert to the need to constantly review its rules and operations to keep it relevant.

Expert Groups are one of the results of those reviews. They were tested and found useful in the 1990s. Such a team is now a routine feature of each FIP show. Its objective is to have a team of judges at each show who can — for lack of a better description — expertize on the fly.

Given that international shows have hundreds of exhibits and thousands of frames, judging panels are made up of category specialists with specific FIP accreditation, and often, established geographical expertise. I was first accredited in 1979 to judge Americas traditional and postal history exhibits. I have since added revenues and literature and functioning as a jury team leader in those categories.

I was surprised to be picked for the Expert Group but was curious to see how it would work. Let me take you through the process from the show’s opening day to the point where all judging work is completed, normally on day three.

On the first day, we were given paperwork on 40 items in 14 of the exhibits at Indonesia 2022. Juries at prior shows had questioned these items, …