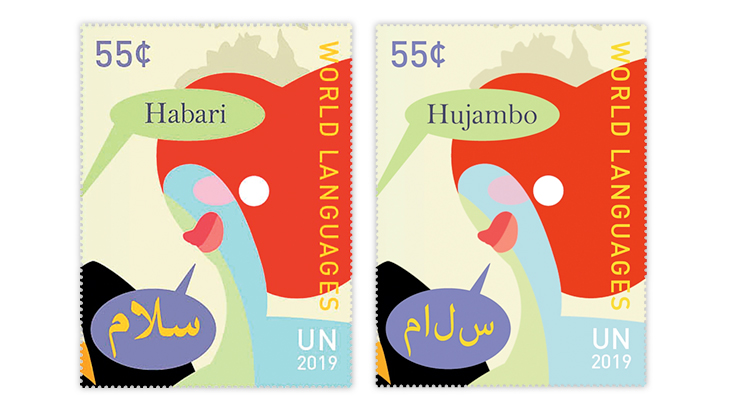 Figure 1. After a Linn’s reader pointed out concerns about some of the words shown on the Feb. 21 United Nations World Languages stamps, the UNPA revisited the designs and decided to reprint all three panes of stamps. Shown here are two of the 55¢ stamps, 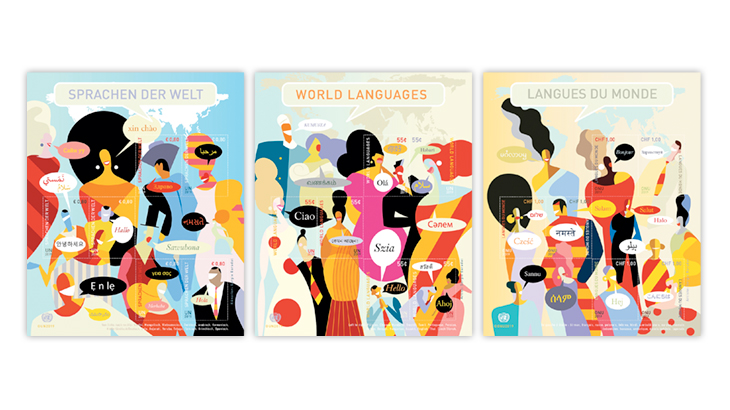 Figure 2. Shown are the three revised pane designs for the United Nations World Languages stamps issued Feb. 21. The first printing, with inaccuracies, will be destroyed.
Previous
Next

The United Nations Postal Administration had planned to issue 18 World Languages stamps Feb. 21, but ran into trouble with some of the more than 40 languages on the three panes of stamps.

Each of the three stamp panes contained at least one word that raised concerns, and the UNPA chose to correct the mistakes, reprint the sheets and destroy the original print run.

The official issue date remains unchanged, but there will be a delay in delivering the stamps because of the time needed to reprint them.

The World Languages stamps are in three panes of six, one each for the three UNPA post offices located at U.N. headquarters in New York City; the Palais des Nations in Geneva, Switzerland; and the Vienna International Center in Vienna, Austria.

A detailed preview of the individual stamps and panes by Linn’s senior editor Denise McCarty was published on page 12 of the Feb. 11 issue.

The UNPA acknowledged that it was alerted by an observation from a Linn’s reader who questioned some of the words on the panes illustrated. The reader contacted Linn’s with his concerns, which Linn’s forwarded to the UNPA.

Figure 1 shows the 55¢ stamp from the first row of the U.N. headquarters pane. The correct word “Habari” is shown at left. The original design featured the word “Hujambo.” The text of the word below it was also updated, and another word in the pane selvage was changed as well.

On the Vienna pane the first stamp in the second row was updated, and an additional four words were updated in the selvage.

For more information about U.N. stamps, visit the website at www.unstamps.org.