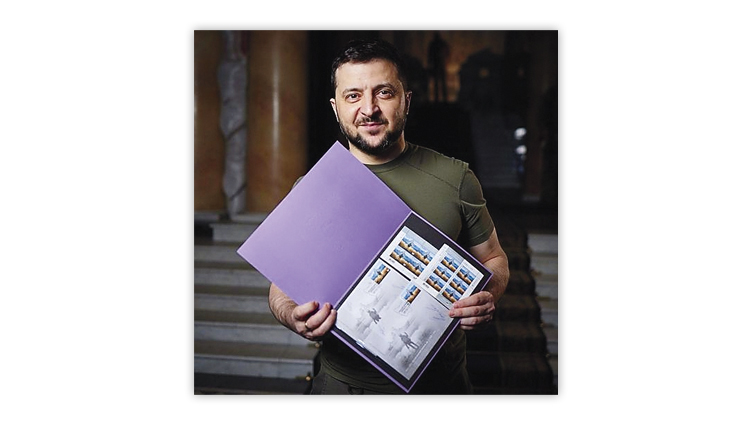 Ukraine’s post office, Ukrposhta, reports that it issued its first postage stamps in wartime conditions on April 12. The stamps reproduce Boris Groh’s winning design in the contest with the theme “Russian warship go f--- yourself.”

As reported in the April 4 issue of Linn’s, the theme refers to the defiant response of the Ukrainian defenders to Russian warships that attacked Snake Island on Feb. 24.

The stamps were printed by offset in Ukraine in two panes of six. Inscriptions in the selvage include “Glory to heroes!” in Ukrainian and English. Two first-day covers, one for each stamp, also were produced.

According to Ukrposhta, the quantities produced were 1 million stamps and 20,000 FDCs. However, it was not clear if those amounts referred to each stamp and FDC or to both.

More information should be available at Ukrposhta’s web shop.