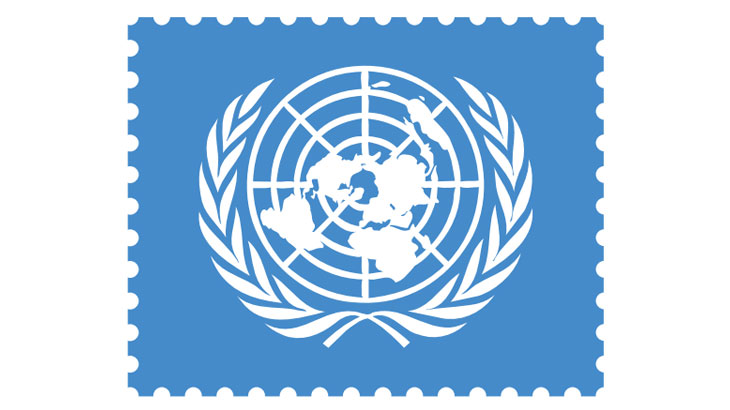 The United Nations Postal Administration has added Hello Kitty stamps and made other changes to its 2019 stamp program. Linn’s reported on the program here.

The Hello Kitty and Global Goals issue is scheduled for release on May 2. This pane of 10 $1.15 stamps and se-tenant labels will be for use from the post office at U.N. headquarters in New York City.

Also added to the program are two postal envelopes surcharged to 55¢ for use from the New York City office. The issue date will be Feb. 1, according to the UNPA.

A third addition is a souvenir sheet of three stamps for Singpex 2019, the 36th Asian international stamp exhibition to take place from July 31 to Aug. 4 at the Suntec Singapore Convention and Exhibition Center in Singapore.

A similar souvenir sheet of three stamps, also featuring Qiqi and Diandian, will be released June 11 for the China 2019 world stamp exhibition. This sheet was included on the previously announced program.

Two additional definitive stamps will honor former U.N. Secretary-General Kofi Annan, to be issued May 31; and the 150th birth anniversary of Mahatma Gandhi, a $2.75 stamp to be released Oct. 2.

An issue date of Sept. 6 was announced for commemorative stamps and souvenir sheets marking the 25th session of the Conference of the Parties to the UNFCCC (the U.N. Framework Convention on Climate Change).

The issue date of the World Heritage/Cuba issue was moved from Sept. 6 to Oct. 24.

In addition, some of the stamps announced in the first version of UNPA’s 2019 stamp program were not included in the revised program.