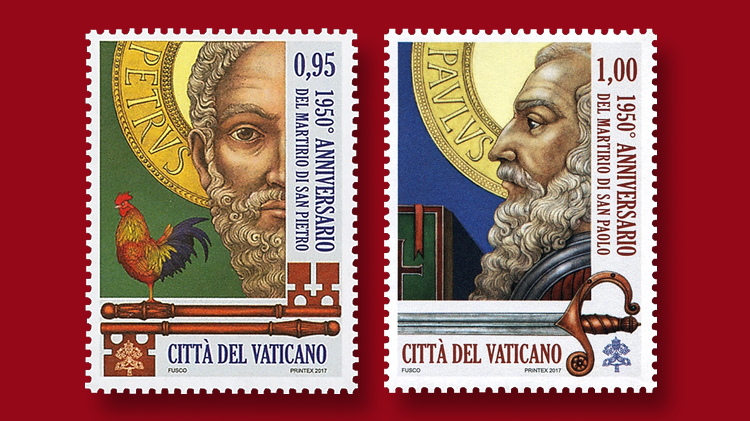 Vatican City stamps issued May 4, 2017, to mark the 1950th anniversary of the martyrdom of saints Peter and Paul, won a St. Gabriel award for best religious stamps. 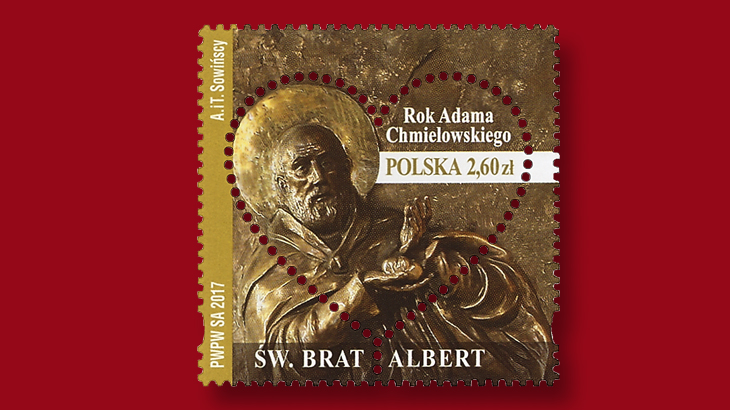 The Vatican City stamps commemorate the 1950th anniversary of the martyrdom of saints Peter and Paul, and the Polish stamp honors St. Albert Chmielowski (1845-1916).

One of the keys is inverted, representing the belief that St. Peter was crucified upside down.

In addition to St. Paul, the €1 stamp depicts a book and a sword. The book symbolizes the letters that St. Paul wrote to Christian communities, and the sword recalls his martyrdom as well as his role as a persecutor of Christians before his conversion.

The awards were presented at the ceremony Oct. 7 in Legnago, Italy. Named after “the Lord’s postman,” St. Gabriel, this award for religious stamps was established in 1969 in Verona, Italy.