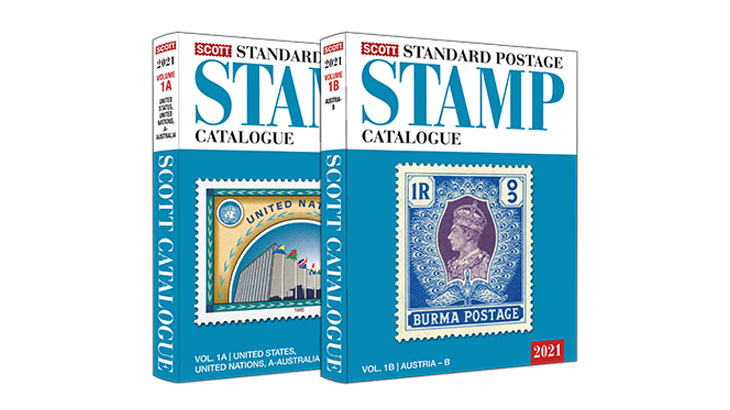 Volumes 1A (United States, United Nations, countries of the world A through Australia) and 1B (countries Austria through B) of the 2021 Scott Standard Postage Stamp Catalogue are now available for purchase. 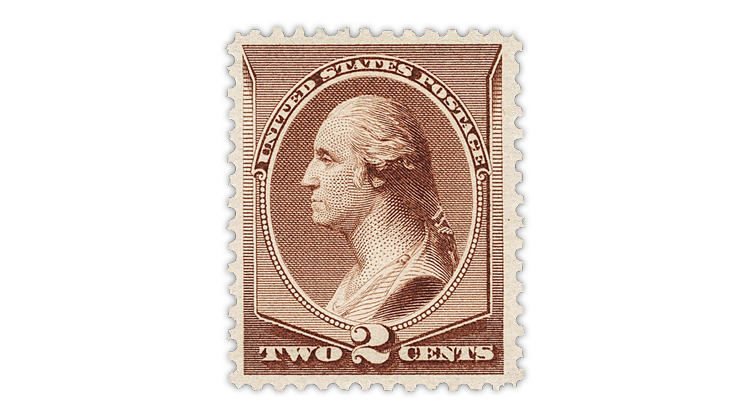 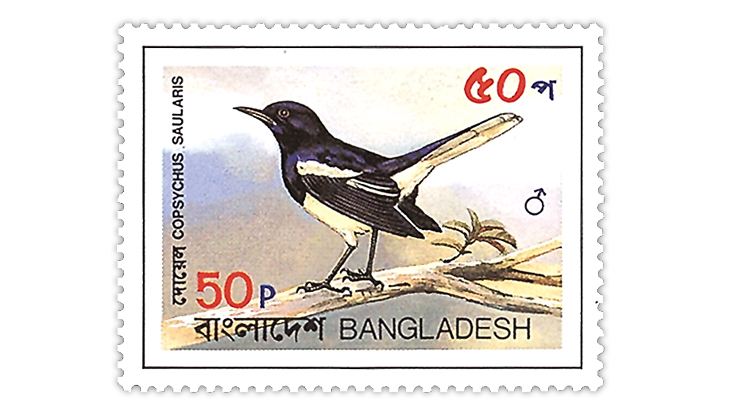 Another catalog season is upon us as we continue the journey of the 152-year history of the Scott catalogs. The 2021 volumes are the 177th edition of the Scott Standard Postage Stamp Catalogue. Vol. 1A includes listings for the United States, United Nations, and countries of the world Aden through Australia. Listings for Austria through B countries of the world can be found in Vol. 1B.

Almost all advisors and sources for U.S. values indicate that the market seems to have bottomed out, and that for the most part, current Scott values are basically correct. Value changes for the 2021 catalog show very few significant increases or decreases. A few minor value decreases in the classic-era listings are balanced by some minor increases for other stamps.

Some of the recently listed 1870-71 definitive stamps with I grill (Scott 134A-144A), move a bit lower in used condition, which is understandable because more and more collectors are now looking for and finding examples of these elusive issues. The rare 10¢ denomination (139A) maintains its $8,500 value in used condition.

Examples of the 1885 2¢ pale red brown special printing stamp (Scott 211B) have sold very well whenever they come to market. All unused values for this stamp rise, along with the unused value for the horizontal pair, imperforate between (211Bc).

One area of strength is the 1875 Continental Bank Note Co. newspaper stamps (Scott PR9-PR32). In used condition, these difficult-to-find stamps rise in value from 10 percent to 20 percent.

Recent sales of some rare Confederate States postmasters’ provisionals that seldom appear on the market resulted in substantial increases for some values and the insertion of actual values for items that previously were listed with a dash. (A dash indicates that there isn’t enough information available to establish a usable value.)

A perusal of the Confederate postmasters’ provisionals listings will reveal other notable value changes.

A new footnote was added to the 1861 3¢ Nashville, Tenn., postmaster’s provisional listing (Scott 4AX1). The note explains that recent research has strongly indicated that this “stamp” is most likely a fantasy rather than an issued stamp.

New listings for errors have also been added for the United States. Included among the new errors are a 1995 32¢ Garden Flowers booklet pane of five with engraved black omitted (Scott 2997c), and imperforate errors of the 2019 USS Missouri and George W. Bush stamps (5392a and 5393a).

Approximately a dozen value updates were made to the stamps of Aden. Notably the 1953 20-shilling Camel Transport stamp (Scott 61) increased from $6 mint and $9 used to $15 and $20, respectively.

Early Afghanistan Tiger’s Head stamps were examined closely, to include modifications to some listings and newly expanded footnotes. A number of modern issues previously unvalued have new values assigned.

A thorough review of the Australian Antarctic Territory yielded more than 350 changes, most of which were decreases. The biggest increase noted was the 1966 50¢ Ice Compression Tests stamp (Scott L17), which increased from $5 unused and $4 used in the 2020 catalog to $14 unused and $10 used this year.

The Azores were reviewed closely, with more than 400 value changes made. Value increases significantly outnumbered decreases. The 80-reis and 100r stamps from the 1868 first issue (Scott 5-6) each increased from $200 unused and $150 used to $240 and $180, respectively.

A look at Bangladesh resulted in about 450 mixed value changes. One of the larger adjustments was for the 1983 Birds souvenir sheet of four (Scott 224a), which rose from $6.50 unused and used last year to $10 both ways in the 2021 catalog.

A meticulous review of Benin resulted in more than 1,400 value changes. The Scott editors made these changes based on research of scarcity and sale prices.

Values have been added for a number of modern Benin issues that were previously noted with a dash. Additionally there were a number of new stamps listed for the first time.

The famous set of seven 1973 Bhutan Phonograph Records stamps (Scott 152-152F) continue to attract collectors. In unused and used condition, this popular set rose from $400 to $461.50.