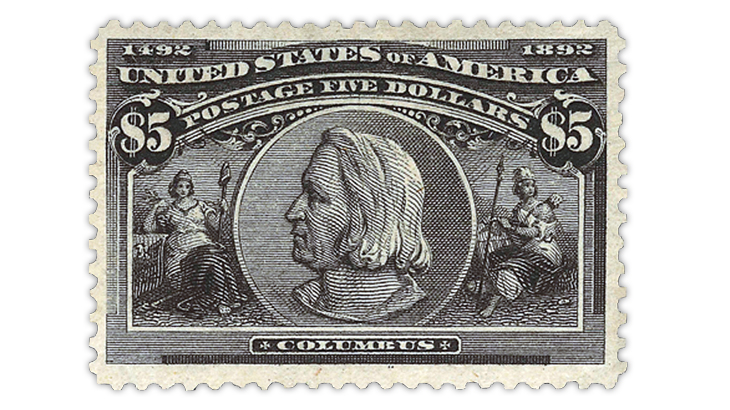 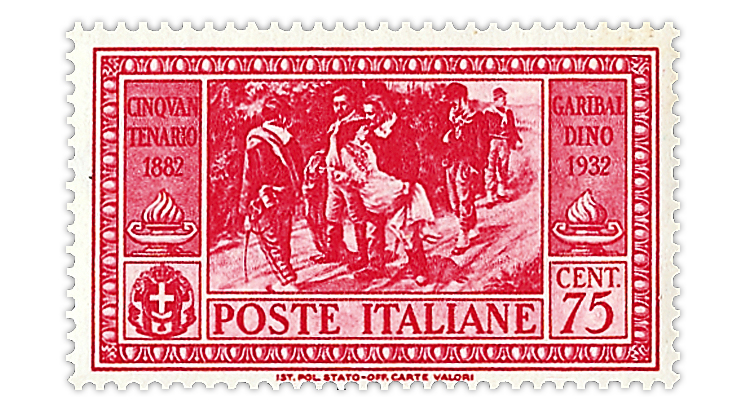 Figure 2. Italy’s 1932 Garibaldi set of 17 contains regular postage stamps, airmail stamps and airmail special delivery stamps. After the set was issued, the Scott editors listed the Garibaldi stamps in three sections of the catalog. Shown is the 75-cente
Previous
Next

A few weeks ago, the Scott editors received a letter from a catalog user:

“Can someone enlighten me as to the logic or reasoning for not listing a stamp, which clearly states on it that it is an airmail stamp, but is not given an airmail designation of C in the Scott Catalog?

“I am referring to the Stamps of Egypt, where the C (airmail) designation is used in the catalog up until 12/13/2000 (Egypt Scott #241), this is the last stamp that is given the C designation identifying it as an airmail issue.

“BUT there are stamps issued by Egypt after this date which have indicated on the stamp that they are airmail, BUT they are listed with ‘regular’ Scott numbers and are listed along with the commemorative and definitives.

“I know in the case of U.S. issues there were no more stamps printed with ‘airmail’ on them when most mail went any distance by airmail anyway.”

Answering the writer’s question requires a bit of a history lesson about the Scott catalogs.

When the Scott catalog was in its infancy in the 1870s, the editor realized that there were stamps created for all sorts of different purposes, and separating these categories made sense.

Thus postage due stamps were listed separately from regular postage stamps, Official stamps, revenue stamps and any other category for which stamps were being created.

In the late 1880s, the catalog was still rather thin because there weren’t that many stamps, but the editors realized that assigning catalog numbers to each stamp listed would be helpful to facilitate the sale and organization of dealer stocks and collections and eliminate confusion.

The initial Scott numbering system was solely numeric. For example, the 1895 catalog listed the United States $5 Columbian stamp, shown in Figure 1, as No. 202.

However, after a small gap of open (unassigned) numbers, the first carrier stamp was assigned No. 251 in the catalog, the first postage stamp No. 401, and the first Official stamp No. 450. It’s almost as if the editors did not realize that there were going to be a lot more stamps coming.

The Scott catalogs were typeset in those days, and someone had to change all of the catalog numbers in the various back-of-the-book sections. The late 1910s was the infancy of mail transport by air, and countries were creating special stamps for franking letters sent by airmail.

So even then there was a fair amount of renumbering being done in the catalog. It wasn’t until the 1940 catalogs that Scott’s alpha-numeric system was created.

Aerophilately became very popular in the 1930s and 1940s, so much so that the Sanabria catalog handled just airmail stamps, and Scott came out with its own catalog focusing on them as well.

The stamps generally had face values higher than regular postage, there were a fair number of rather scarce and expensive stamps, and the number of stamps to collect for most countries wasn’t excessive.

If you take a look at the arrangement of the Scott catalog today, you will note that up until 1920, there are not that many stamps that were issued that collectors would call commemorative stamps. Most commemoratives were issued as single stamps, and not an awful lot of commemorative sets were created.

However, in the 1920s and 1930s, countries were starting to issue more commemorative sets. Until then there had not been too many sets, if any, in the catalog that had stamps in multiple sections.

A 75-centesimo Garibaldi postage stamp (Scott 285) is pictured in Figure 2.

In the late 1950s and early 1960s, a number of Latin American countries began issuing numerous airmail stamps, but they were also issuing many of these airmail stamps as part of a set with regular postage stamps. The editors continued to separate the airmail stamps from the postage stamps in the catalog. However, that became problematic for dealers.

The dealers had no real need to separate the airmail stamps from the regular postage stamps because they were selling the sets intact, not as individual stamps.

It also became a nightmare for the Scott editors when they had to calculate set totals across catalog sections in a time before computers.

Also flipping back and forth from the regular postage section to the air post (airmail) section to try to identify a stamp wasn’t much fun for collectors either.

By the end of the 1970s, however, most countries produced many fewer stamps with airmail designations on them. By that time, airlines were carrying more and more mail, so a premium price for airmail service was seldom being charged for domestic mail service. The premium was kept for international service.

Though countries were still producing stamps for airmail rates, those stamps could be used for paying any postage fees. Collecting airmails waned as a popular area of philately because airmail transport became the norm rather than the exception.

In the 1980s Scott began computerizing its catalogs. The catalog editor, who dealt with all of the complaints from Latin American dealers and had the onerous task of checking the cross-section set totals (which was farmed out to the Scott accounting staff), realized that fewer and fewer cross-section sets were being created.

He thought it was perhaps best, from that point on, to keep all of the stamps in a set together. He decided not to renumber all of the previously issued cross-section sets that were scattered all over the catalogs.

Renumbering all of those cross-section sets would have been a nightmare for the editors, and it would have forced dealers to renumber their stock, which they do not like to do.

Scott renumbered just the postage section in Belgium in the mid-1980s and received all sorts of complaints from dealers and collectors alike. As much as the catalog editors of the early 1900s had no problem with renumbering items, today the Scott editors try to avoid it as much as possible.

The Scott catalogs have changed significantly over time as stamp collecting has changed and the way stamps are issued has changed.

The Scott editors endeavor to produce catalogs that are essentially the language of our hobby. It is important for each stamp to have a unique identification number, and it is important to try to make it easy for collectors and dealers to identify their stamps.

This is no easy task when the six A-B volumes of the 2020 Scott Standard Postage Stamp Catalogue combined have about 11,000 pages and thousands of illustrations.

If Scott were to list every stamp individually, the catalogs would be far bigger.

The Scott editors try to be fluid in how they handle situations as stamp collecting evolves into something that the hobby’s forefathers undoubtedly never would have envisioned in the 1880s.