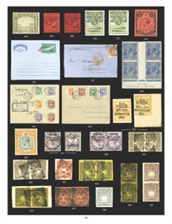 British issues kick off the second session of the day. 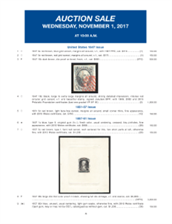 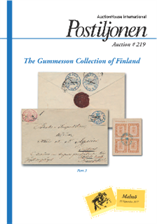 The Gummesson Grand Prix d´Honneur Collection Finland, part 3 is the big draw of this sale. 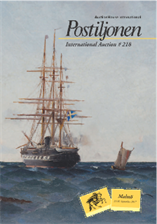 Collectors can expect a wide range of Scandinavian and  international rarities including many small and large collections. 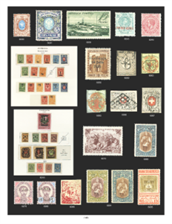 The last leg of the sale begins with some issues from various Spanish colonies, and also features some asian lots. 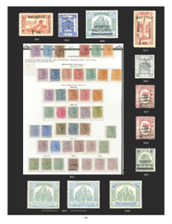 Day two of the sale begins with session three and another couple hundred stamps from all over Europe, as well as the Middle East. 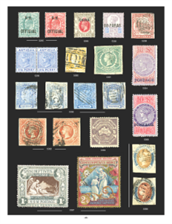 This session begins shortly after the first, and will feature only world stamps. This expansive lot will cover various regions of the globe. 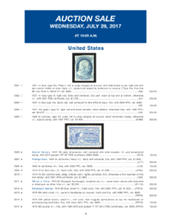 Session one of the two-day sale kicks off with an array of iconic stamps from the United States and Europe. 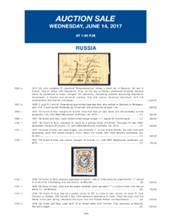 Rare Stamps and Postal History of the World: Session Four

The fourth and final sessions will offer lots 1096-1474. Worldwide topicals make up a good chunk of this session. We also see a slew of stamps and covers from Southeast Asia - a region rich in both current and historical philately. 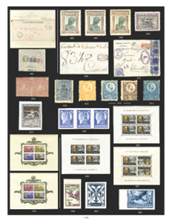 Rare Stamps and Postal History of the World: Session Three

Cherrystone will offer lots 796-1095 to begin the second of final day of their two-day sale. Philately from the Middle East and African regions will be promient during this morning session. Postage from Greece, and areas of Eastern Europe will also be offered. 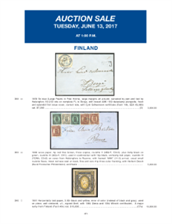 Rare Stamps and Postal History of the World: Session Two

Lots 388-795 are offered - a big haul, indeed. This session includes hundreds of world philately, from Great Brtain to Turkey - and all they way down to Honduras. 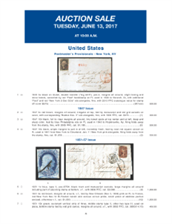 Rare Stamps and Postal History of the World: Session One

June 13, 2017 Rare Stamps and Postal History of the World Session One

Session one of the two-day sale kicks off with an array of Postmaster’s Provisionals, along with U.S. and Worldwide covers. There are 387 lots featured in session one. 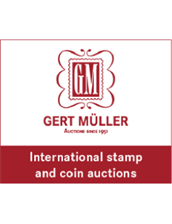 Over 1,200 lots will be made availble over the span of four sessions at their new office space in Danbury, Connecticut: 22 Shelter Rock Lane Building C. Two sessions of U.S. Postal History will kick things off, followed by the more specific WW2 and Zeppelin related mailings in sessions three and four.

Siegel - The Vaquero Collection of US Essays and Proofs

The wave of Siegel's online sales from this week ends with a Friday afternoon session, featuring over 200 essays and proofs from the Vaquero Collection. Ranging from 1861-1889, the contents of these essays consist of locomotive dealings, Declaration of Indepence detalings, and various bank notes issues. The historical connections in this session will peak any stamp-lover's interest. 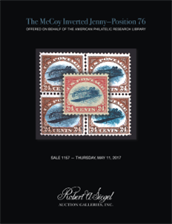 There's not much to say about this sale; the lot truly speaks for itself. This Ethel B. McCoy Inverted Jenny Position 76 stamp will be the only lot offered on Thursday, May 11, 2017, at 1:30 PM. This is the sixth stamp of the 8th row, within the 100-stamp sheet - and features part original gum, rich colors, small thin spot, skillfully reperforated at top and left.

This two-day online sale from Siegel will be live on the Stamp Auction Network at 10:30 a.m. on Thursday, May 11, 2017. The first session features an array of diverse lots (49 to be exact), including re-issues and bank notes from the late-1800s. Session two focues on dozens of Washington-Franklin stamps, while three offers more well-traveled mailings. The standard 18% buyers fee will apply to whoever has the most luck in acquiring these rare mailings. 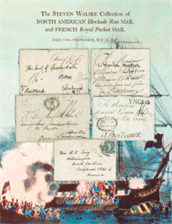 The material presented in this sale is from Steven Walske’s vast collection of North American Blockade Run Mail and French Royal Packet Mail. The former comprises three separate sections of his award-winning exhibit—the Revolutionary War, the War of 1812, and the American Civil War. The Revolutionary War section of this sale is dominated by items that were carried through the American blockade of British enclaves. The French Royal Packet Mail section begins with two extremely rare Spanish Royal Packet letters to France posted at New Orleans. Finally, there is the American Civil War that has been carefully cultivated over the past twenty years. This is a live internet sale and lots 2301-2515 will be available for bid on Wednesday, May 10, 2017, at 1:30 p.m. For more information, contact Robert A. Siegel Auctions at #212-753-6421.

The online bidding will begin at 4:30 p.m. on Tuesday, May 9, 2017. The three-session sale will take place over a two-day span, and feature mailings from China, Railroad lots, and Confederate States, alike. 50 lots will be available on Day 1, followed by dozens more. Session one will feature a bulk of the Confederate State mailings, including a 1861 "Liverpool to Lynchburg" Handstamped Paidthru Provisional that should realize a large number.

Siegel - Collection of Florida in the Civil War

This exemplary collection of Florida Confederate Postal history has been cultivated over the past thirty years and has garnered four Grand Awards, an International Gold Award in London 2015, and two Florida Confederate Provisionals single-frame Grand Awards. This is a live internet sale and lots 2001-2206 will be available for bid on Tuesday, May 9, 2017, at 1:30 p.m. For more information, contact Robert A. Siegel Auctions at #212-753-6421.