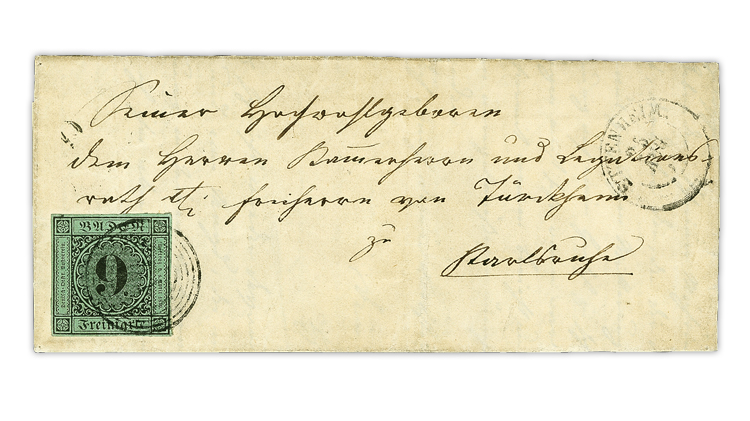 An 1851 rarity from the German state of Baden, the 9-kreuzer black stamp on this mailed cover should have been printed on rose paper, not blue green. The error from the collection of Erivan Haub will be offered at auction June 8 by the firm of Heinrich Ko 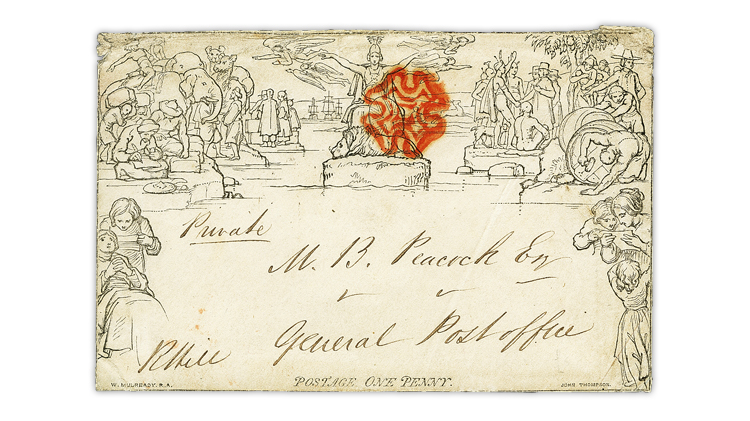 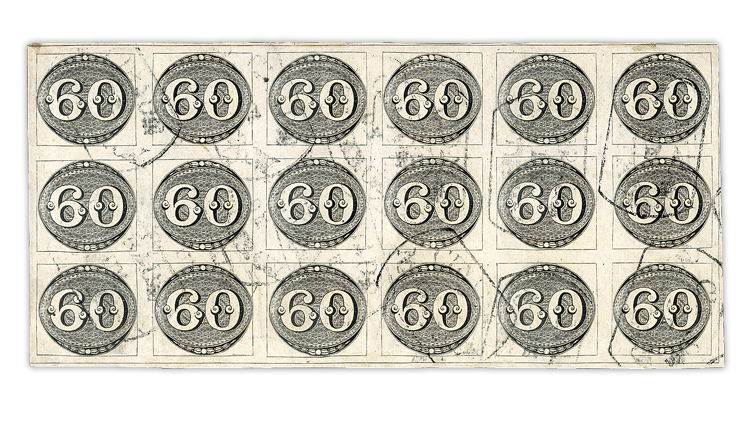