The Russian connection: many ties to stamp-issuing entities 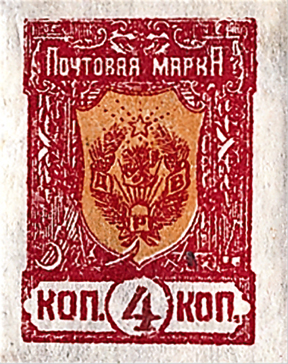 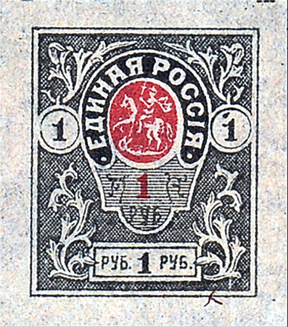 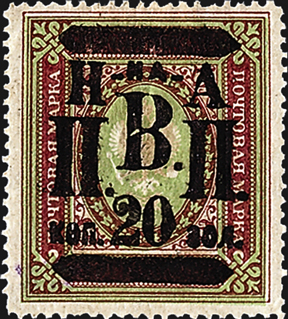 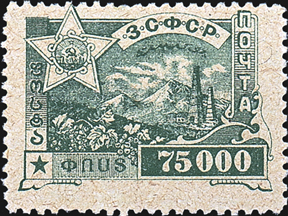 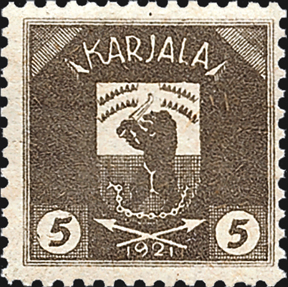 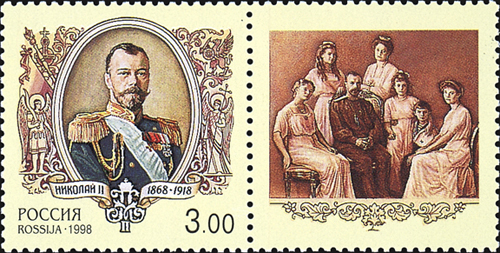 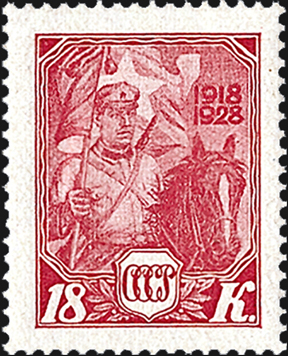 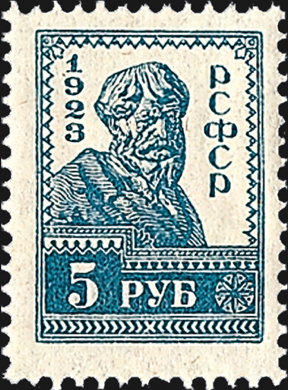 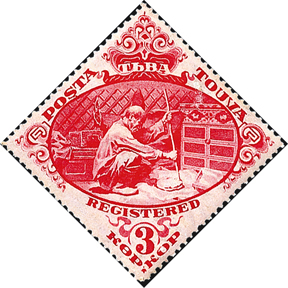 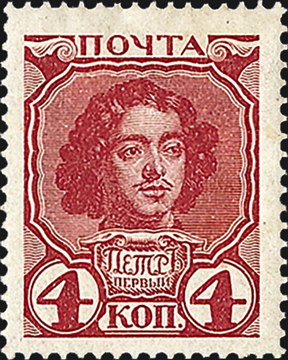 My great-grandfather, Konrad Wilhelm Mueller, immigrated from Russia to the United States in 1875.

That bit of knowledge planted in my brain as a child has led me to a lifelong fascination with Russia and all things Russian.

Russia has suffered a great deal in the past 200 years, and that is reflected in stamps connected with Russia being scattered through the volumes of the ScottStandard Postage Stamp Catalogue like jacks in a canasta deck.

The story starts with the Russian Empire in 1857. A 1913 Russian Peter I the Great stamp (Scott 91) is shown in Figure 1. The empire collapsed amid war and revolution in March 1917, replaced briefly by a republic under a provisional government that was overthrown in the Bolshevik coup of November 1917. As many of the non-Russian parts of the former empire declared independence, the Bolsheviks battled the Whites for control of Russia in the Russian Civil War (1917-23).

The Bolsheviks established the Russian Soviet Federated Socialist Republic and gradually spread its control over all of Russia. A 5-ruble Russian Peasant stamp inscribed with the Cyrillic letters "RSFSR" (Scott 240) is shown in Figure 2.

By 1923, the Bolsheviks had reasserted control over several areas of the Russian Empire that had essayed independence: notably Ukraine, Byelorussia, Karelia, the Transcaucasian republics, the central Asian nations and Siberia.

To govern this new multinational empire, in 1923 they created the Union of Soviet Socialist Republics, of which the RSFSR was the largest and most influential member.

The first stamps of the Soviet Union inscribed "USSR" in Cyrillic letters were issued in 1923. A 1928 Soviet 18-kopek Cavalryman stamp (Scott 404) is shown in Figure 3.

In 1991, the Soviet Union collapsed under the weight of its own bureaucratic and economic inefficiency and the rising tide of nationalism in its captive states. The last stamps inscribed "USSR," ironically honoring Russian historians (Scott 6052-55), were issued Dec. 12, 1991.

Although Russia and the Soviet Union were not the same thing, for its entire 68-year life, the Scott editors listed Soviet stamps under Russia. Now that the Soviet Union is a dead country, it is perhaps just as well that they stay there.

From the ashes of the Soviet Union emerged the Russian Federation, which issued its first stamps on Jan. 10, 1992. A 1998 Russian Czar Nicholas II stamp with se-tenant label showing the imperial family (Scott 6460) is shown in Figure 4.

One of the whimsically nicknamed Karelian Golfing Bear stamps (5-pennia, Scott 1) is shown in Figure 5. Karelia was an area inhabited by people related to the Finns that was briefly independent in 1922.

Armenia, Georgia and Azerbaijan proclaimed independence in 1918, but were brought to heel by the Red Army. Briefly united as the Transcaucasian Soviet Federated Socialist Republics, they were inducted into the Soviet Union in 1923. A 75,000-ruble Oil Fields stamp (Scott 15) is shown in Figure 6.

Siberia is the vast area of Asiatic Russia lying between the Ural Mountains and the Pacific Ocean. The stamps listed under Siberia were issued by a series of White provisional governments. A 1921 Provisional Priamurye Government 20-kopek-on-3½-ruble Russian stamp (Scott 61) is shown in Figure 7.

The Far Eastern Republic, a puppet state set up by the RSFSR in opposition to the White governments in Siberia, controlled territory stretching from Lake Baikal to the Pacific coast. A 1922 4-kopek Arms stamp (Scott 51) is shown in Figure 9.

One of the last areas to be added to the Soviet Union was Tuva (listed in the Scott catalogs as Tannu Tuva), which lies between Siberia and northwestern Mongolia.